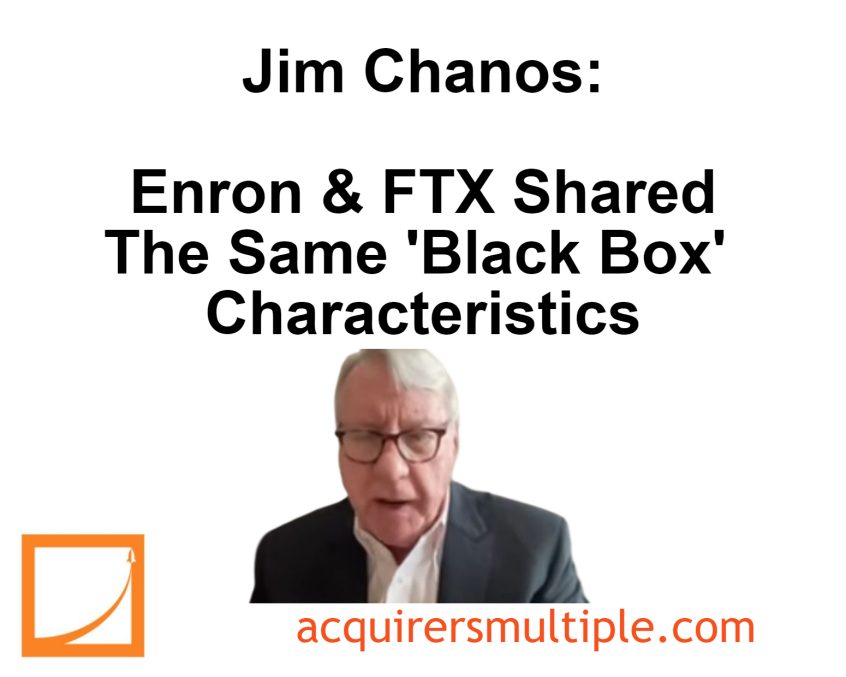 During his recent interview with Srivatsan Prakash, Jim Chanos explained how Enron and FTX shared the same ‘Black Box’ characteristics. Here’s an excerpt from the interview:

Chanos: Well I would say that SBF was probably the anti-Jeff Skilling in terms of he was everything personally that Jeff Skilling wasn’t.

But what is as you point out very very similar is the whole nature of the ‘Black Box’.

At the time Enron was a trust me story and when I would ask the sell side analyst – well just how are they making their money they would sort of say – well it doesn’t matter they just do and they beat their earnings projections every quarter. And it’s a black box and you just have to have faith.

And I said well you know if they’re going to defraud you isn’t that exactly how they would do it.

And so you know fast forward 20 years we see the crypto industry following a little bit of that model. Now there are obviously differences but another big similarity is that both Enron and FTX fit one of my fraud models that I teach.

That was from Marianne Jennings the seven signs of ethical collapse. And in that book she has a wonderful seven point checklist of companies that have committed serious fraud and some of their attributes.

And Enron ticked all seven I think. I was conversing with someone the other day who knows the model and we kind of agreed that SBF and FTX ticked off six of the seven. So you know these things are not always exactly the same but they share a lot of the same characteristics.