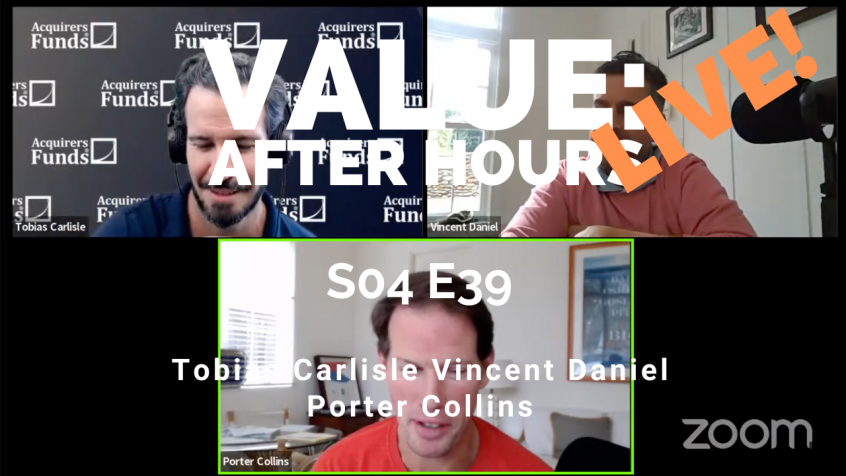 In the latest episode of the Acquirers Podcast, Vincent Daniel, Porter Collins, and Tobias Carlisle discuss Here’s Why Tesla’s Margins Don’t Make Sense. Here’s an excerpt from the episode:

Vincent: Look, to be fair, it is. Actually, I spent the time to build over the last month, at least the skeletons of a model that I built so I can really, truly understand what’s going on with these numbers as opposed to just picking them out. You do see the margin expansion, for the life of me can’t understand. I’m not saying there’s something fraudulent there or not. For a company that’s growing that fast to have R&D and SG&A expenses stay flat makes no sense whatsoever. You can’t grow 50%, 70%, open plants. Now, the interesting thing is– [crosstalk]

Porter: In fact, SG&A has been down each of the past four quarters.

Vincent: Not to get a little geeky into the numbers, but the escape valve for them, I’m not saying they’re doing this, but it’s very possible, is the gross PP&E, which is growing like a weed as you would expect. However, if I was a cynical, clever CFO, I could throw a lot of expenses through that PP&E line and depreciate it over what seems to be a seven-year life. So, all of a sudden, you are showing significantly better margin expansion and of course, the growth guys exclude depreciation and amortization to get to their core. But even so, I could capitalize it now, depreciate it over seven-year life, and show a massive for any type of expense that they would qualify as property, plant, & equipment. I’m not saying they’re doing that, but that’s what the numbers spit out– [crosstalk]

Porter: PP&E has been one of the fastest growing segments of the balance sheet.

Tobias: I think I saw one of them. They’ve hit $961 billion. I forget which line it was, but they’ve hit it two quarters in a row.

Tobias: Was that SG&A? Yeah.

Tobias: it’s surprising though. So, precisely on that mark two in a row, maybe they forgot to update that. So, I don’t know.

Porter: [laughs] Yeah, I don’t know. Something’s funky with the numbers. I’m not going to say it’s a fraud, but there’s something funky with what’s going on.

Tobias: Yeah, I’ve talked to a few people. Stephen Clapham, who does Behind the Numbers, who’s a pretty good forensic accountant. He has a lot of trouble pulling it apart and getting any sense out of it. Maybe they’re doing something that’s nobody’s ever seen before. It’s possible that they– [crosstalk]

Vincent: Add another conspiracy theory. If I was very cynical and if I were them, I would expense most of my expenses in the privates, where he has zero cost of capital in SpaceX-

Vincent: -and now Twitter at the expense of the public, which has a public valuation on a daily basis. Again, not saying they’re doing that, but you could allocate a lot of R&D that might be going to X, Y, Z to those other places.