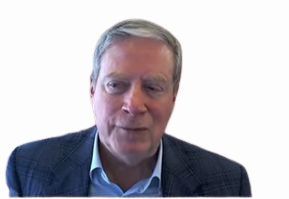 In his recent interview with Delivering Alpha, Stanley Druckenmiller explained how we’ve become complacent about what ‘long-term’ means. Here’s an excerpt from the interview:

JOE KERNEN:  Recently you talked about the potential for a ’69 — 1969 to 1982 potentially type situation for the next ten years here in terms of in indexes being at the same level a decade from now.

STANLEY DRUCKENMILLER:  Yeah.  I will say this.  The — it’s conventional wisdom, which I agree with, that stocks go up over the long term.

STANLEY DRUCKENMILLER:  The problem is we’ve become a little complacent about what does “long term” mean.  If you bought the Dow in 1929, you got back to even in 1954.  As you just pointed out, the Dow was in 1966 where it was in 1982. When I look back at the secular bull market started in ’82 — let’s just take a trip down memory lane.  We had a President who said government was the problem not the solution.

We had a guy who fired all the air traffic controllers in the country when they wanted a big raise.  We now have a President who is a union man who says he’s trying to beat inflation, who cheers at 24 percent over three-year reward to the railroad unions.  We have a President who thinks government is the solution, not the problem.

Maybe more importantly, or I’d say in terms of what we’re talking about, if you look at valuations back then, the S&P was 50 percent — I’m sorry.  The stock market was 50 percent of GDP.  It’s now 150, down from 225. That’s because five-years yielded 15 percent when I started Duquesne, so real rates were high. That’s why we were at 8 times depressed earnings.

We’re now, what, 18, 19 times inflated earnings, that I have a very strong feeling are going to be down next year. Then you have the secular forces.

You were right on the initial ramp of globalization, a fantastic thing. Building supply chains around the world increases efficiency, causes disinflation. That’s been a trend for 20 or 30 years.

Going the other way now, we’re disentangling all that. That’s going to be inflationary.  And then, finally, and we’ve already kind of alluded to it, the last ten years of the bull market, you put it all in hyperdrive with 30 trillion of QE and zero rates.

Now the consequences of that are borne, and all those factors that cause a bull market, they’re not only stopping, they’re reversing. Every one of them. We’re going from QE to QT, unless you live in England this week.

They’re really unfolding. So when I put all of that together, the one thing I bristle about when I hear people on your network, is they say:  Well, I’m bearish, but I’m bullish for the long term.

Look, you can have a period of 15, 20 years, 10 years where the market doesn’t go anywhere. That doesn’t mean you can’t make money. You could have made plenty of money in the ’70s.  At various times we had two 60 percent rallies.

I’m not saying, you know, go get another job when you can’t do stocks. I’m just saying we’ve had a hurricane behind us for 30 or 40 years, and it’s reversing, and I wouldn’t be surprised — in fact, it’s my central forecast — the Dow won’t be much higher in ten years than it is today.