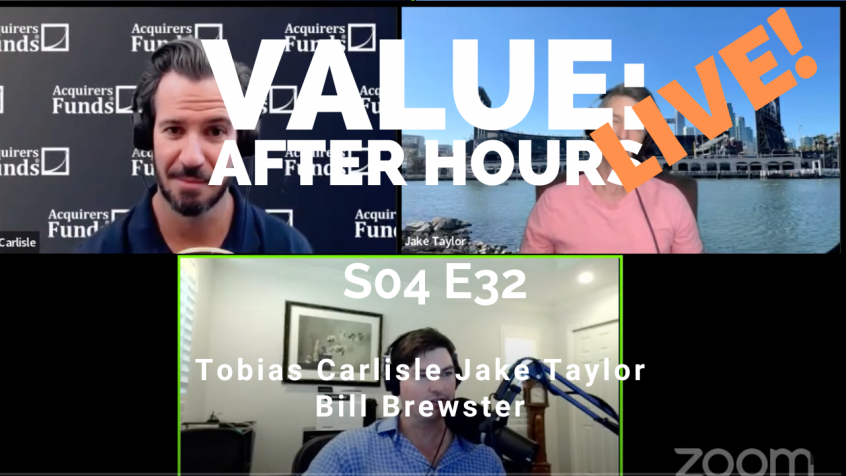 In their latest episode of the VALUE: After Hours Podcast, Brewster, Taylor, and Carlisle discuss Warren Buffett Runs Berkshire Like The Fed Should Be Run. Here’s an excerpt from the episode:

Jake: I would also push back that every time they asked Buffett and Munger about cost of capital, they say, “We have no idea what ours is. It’s a stupid concept. We would never even calculate that. Who cares? You should be thinking about opportunity costs, not cost of capital.”

Bill: Yeah. But then the other thing is, didn’t Buffett charge his portfolio companies 15% to use the debt?

Bill: So, he’s got to have some costs– [crosstalk]

Jake: Even more when rates were higher.

Bill: Yeah. I think what they’re probably, actually saying is that we have a cost to capital. But if you ask us to put an equity risk premium and beta weighted, we think that’s all nonsense.

Jake: Buffett runs Berkshire like the Fed should be run, which is all the capital you want, but it’s going to be very expensive to get it.

Jake: It’s to encourage them to be judicious in their use of capital from Berkshire.

Bill: Yeah. I think it is also to incentivize going outside, but yeah. The thing is the companies that Buffett’s buying really don’t need that incentive. But if you think about most people, you don’t want to give them an easy way to get capital that’s cheap. It tends to get people fat and lazy.

Jake: No, he had wounded up by then. I think that was the little lull in between. He was still doing stuff. So, BPL had been wound down already.

Jake: But Berkshire was around, and he was working on it, but they were doing– [crosstalk]

Tobias: Hadn’t announced anything yet.

Jake: Yeah. I think he was doing just a lot of smaller private stuff too.

Tobias: Let us hope all of you find one. [laughs]

Bill: Yeah, and it’s got to be kind of cheap.

Tobias: Yeah, he wasn’t buying a lot of gold around that time, when that was popular. It was more popular.