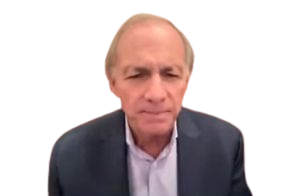 During his recent conversation at the LSE Event, Ray Dalio explained why markets can always be beaten. Here’s an excerpt from the conversation:

Host: Many economists, as you probably know, argue that over the long-term you can’t beat the markets because all the information is rationally expressed in the price…

The markets have alpha and beta. So beta is the return of an asset class. Okay that’ll happen and has its intrinsic thing but whether you can produce alpha becomes zero sum. So the fact that it’s zero sum means that in aggregation it can happen. But individually it can happen. It happens right because smarter people will take money away from those who are less smart. It happens all the time.

When you decide that you’re going to put a product out you are creating a market, you are dealing with the market, and there’s an economics to that. The fact that we securitize something doesn’t mean that that’s the only market okay.