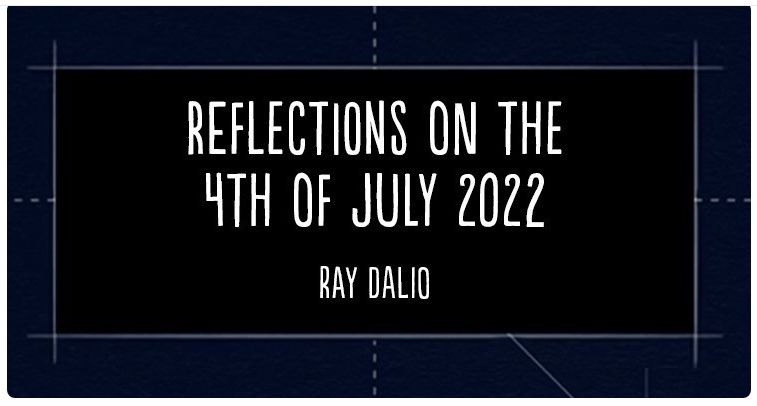 In his latest article titled – Reflections on the 4th of July, Ray Dalio discusses a number of his reflections including the world order and how it’s changing. Here’s an excerpt from the article:

As far as the changing world order due to the great powers conflict, there are three things that I (and some important government leaders) expect to learn by watching how the conflict in Ukraine is going. They are:

In summary, by and large, it appears that actual developments are broadly continuing to follow the archetypical Big Cycle template, and I hope that we will cherish and take care of what we are celebrating today. As I learn more, I’ll pass it along. But for now, I hope that you are savoring and reflecting on the July 4th holiday.

Ray Dalio: Reflections on the 4th of July