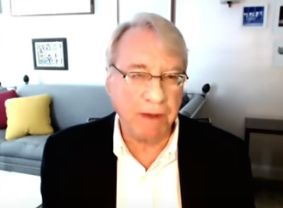 In his recent interview on the Odd Lots Podcast, Jim Chanos discussed ongoing investor speculation is shocking. Here’s an excerpt from the interview:

Chanos: What I’ve been kind of surprised at, and this sort of again to use the it’s never exactly the same, but to use the 2000 analog, I’ve been kind of surprised since November just how much retail investors continue to want to speculate. And that to me has been one of the things that’s kept me as exposed on the short side in our hedge fund and short fund as I have been.

I mean Cathy Wood was getting inflows for most of the first quarter, in some cases record inflows, and we see it in the meme stocks that people were still speculating every time the market stopped going down the meme stocks would jump. And every time the market stops going down my shorts typically go up 30 to 40/50% in two weeks and that’s exactly what they did in 2000 and 2001 and 2002 and people just are still… I still want to believe that this is the bottom.

I’m going to make my stand here, and I don’t know but I do know that the the willingness particularly of the people who came late to the party, the retail investor buying individual stocks or options to still speculate is still there and it’s somewhat shocking to me.

Now this latest swoon and the crypto sell-off we’re seeing may dampen some of that, we’ll have to see but that’s been one of the surprises to me is just how much people are willing to keep coming in when the market sort of stops going down buy the most speculative stocks for a bounce.

One Comment on “Jim Chanos: Ongoing Investor Speculation Is Shocking”