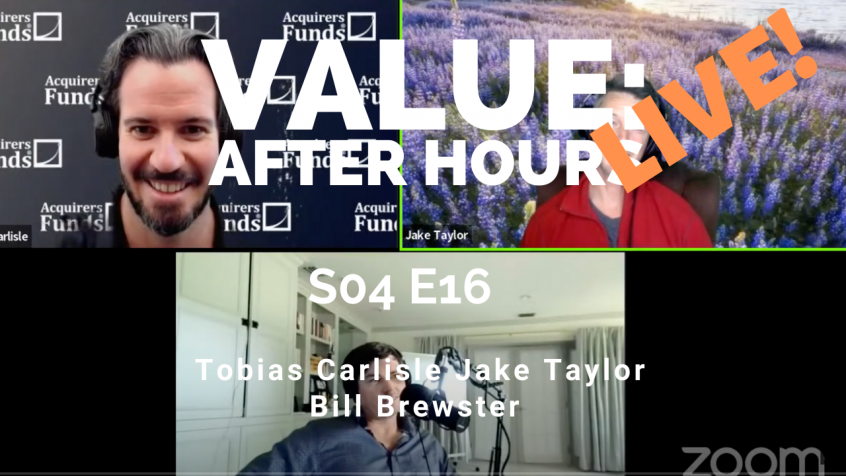 In their recent episode of the VALUE: After Hours Podcast, Brewster, Taylor, and Tobias Carlisle discussed Monte Carlo Simulation Humbles Investors. Here’s an excerpt from the episode:

Tobias: In the book, Concentrated Investing, I built this little Monte Carlo simulation of the different bet sizing, so, you can have reverse Martingale like a fixed sum of your book that you bet regardless of what happens or you have Kelly or half-Kelly, right?

Jake: Implicitly, Kelly is the median expected version of that, right? It looks very good, but you can end up on either end of that median.

Tobias: Right. And half-Kelly’s no better. It looks to me like it calling for– [crosstalk]

Jake: Chop some of the downside part off, right?

Jake: And lowers the whole structure.

Tobias: And that’s why I was just wondering if you’re influencing the results a little bit by choosing a ratio that was favorable to it, but it doesn’t help in the runs that I looked at.

Jake: Yeah. This was effectively a very simple Monte Carlo that was pre-prescribed over a 30-year horizon, where you’d have, whatever four or five drawdowns over that 30 years.

Tobias: The drawdowns really do kill you, because it’s hard to compound back from that.

Jake: Dude, there’s so hard to get out of. They’re legitimately difficult.

Tobias: You do have to survive. It’s the big bounce up the other side that was worth being there for if you can [unintelligible [00:40:20], you don’t want to be pulling out. I met so many people over the last 10 years, who had sold out in 2009 at the bottom.

Jake: I think this is almost impossible to overcome if you’re an allocator, who’s picking managers and you’re going to go– It’s so hard not to just go whatever the hot hand has looked like, right? And then–

Tobias: What else are you judging it on? What, they’re telling everybody sounds the same?

Jake: I know. Difficult, though. [laughs]

Tobias: You’ll look at the return and the returns are just randomous.

Jake: Well, this guy’s smart. He’s been crushing it lately.