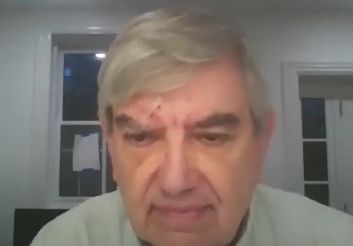 In his latest interview with Barnes & Noble, Bruce Greenwald explains why moats are not that hard to calculate. Here’s an excerpt from the interview:

Greenwald: So it is really about, and Buffett’s word for this is moats, moats and franchises are identical, and it turns out moats are not that hard to calculate.

I think one of the things Buffett has been coy about is not letting people know how easy it is to calculate.

So if you think about the global automobile industry, it is so big that people can be viable with two percent market share, that people buy cars every seven to ten years so they don’t tend to be captive.

So a lot of market share changes hands, typically about one percent will change hands a year. Well to get to two percent, which is a viable level of entry, at one percent a year is a two-year moat, and that’s not going to stop anybody.

At the other extreme you’ve got Coca-Cola. In order to have the economies of scale necessary to distribute heavy product like soft drinks you typically have to have something like 25% local market share. That’s a situation where there’s tremendous consumer loyalty.

So the first element in this is what’s the minimum viable share somebody has to get to. For very big markets that’s going to be low. For small niche markets in geography or in product space that’s going to be large, and secondly what does customer captivity look like? And because the current technologies tend to be user oriented you have to learn how to use it so you have a lot of customer captivity.

And in services it’s face to face with high purchase frequency so again you’ve got a lot of customer connectivity but really what you’re looking for is minimum viable scale divided by annual market share change in a contested environment.