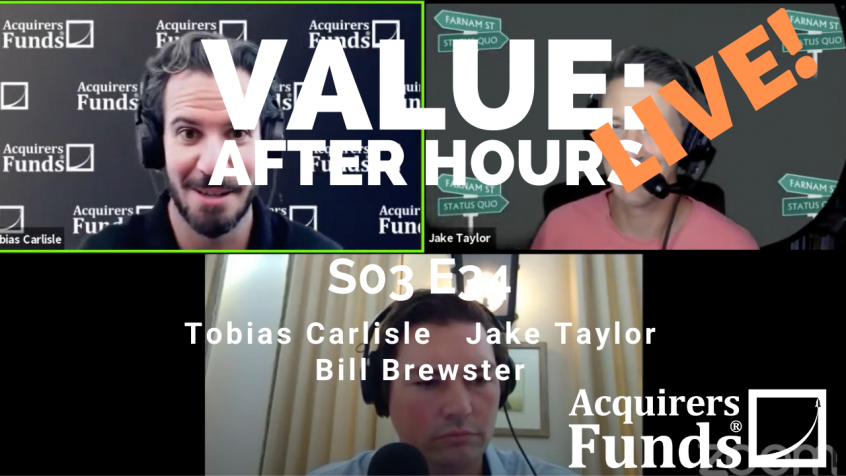 In their recent episode of the VALUE: After Hours Podcast, Taylor, Brewster, and Carlisle discussed GMO – Growth & Value Outperformance Phenomenon. Here’s an excerpt from the episode:

Tobias: Let me take a shot at mine briefly while my internet’s working and then see what happens. GMO has their 2Q 2021 commentary out and the whole thing is dealing with the myths versus value growth debate. We’ve heard that a million times. I just thought they had some interesting statistics in here, because they said after two best quarters for value in at least a decade, the second quarter of 2021, sort of return of growth stock leadership, and that continued into July. But the interesting thing is just that the two greatest periods of value in his lifetime [unintelligible [00:29:47] 1973 to 1977, 2000 to 2002, in both of those, in the first one large, cap value had outperformed growth by 94%. In the second one, large cap value outperformed by 114%. But within those two astonishingly pro-value periods exists some of the best months for growth relative to value on record. Six of the best 10 months for US growth versus value in the period from 1971 to 2019 occurred in those two periods, which make up only about 13% of the total months.

Jake: I think you can’t have capitulation without teasing, and some hope that it’s over before it hits you again on the head. I think this might be a similar phenomenon. There’s no full capitulation until you’ve just had your soul crushed.

Jake: Well, multiple times where you’re like, “Oh, this is over. I can breathe easy.” Argh, cut your head off.

Bill: I have no good thoughts on this topic.

Tobias: They’ve got some arguments for why value– We’ve heard this before, but value’s outperformance was due to an economic reopening, which is largely done or is going to reverse without that tailwind value should lead again– growth should wait again, rather. They’ve got some statistics that show this really doesn’t make any difference what sort of growth levels are in the world as to which value or growth outperforms, sort of randomness. They look at everything from less than 2% to above 4% in this kind of– There’s no real rhyme or reason to it.

Jake: That letter had, I thought, some interesting things. The fact that growth traps underperform value traps like I thought that was an interesting takeaway.

Bill: Yeah, like the fact that a lot of growth has been multiple expansion. Typically, with value on earnings expansion, I think that’s something people may want to read. But go a lot higher before you go lower.

Tobias: The prevalence of growth stocks– sorry, the prevalence of underperformance of growth and value traps is kind of interesting. It says 30% to 40% in any given year, which means that just by random chance, three years in a row, there’s a 3% chance that you’re just stuck in a growth trap or a value trap.