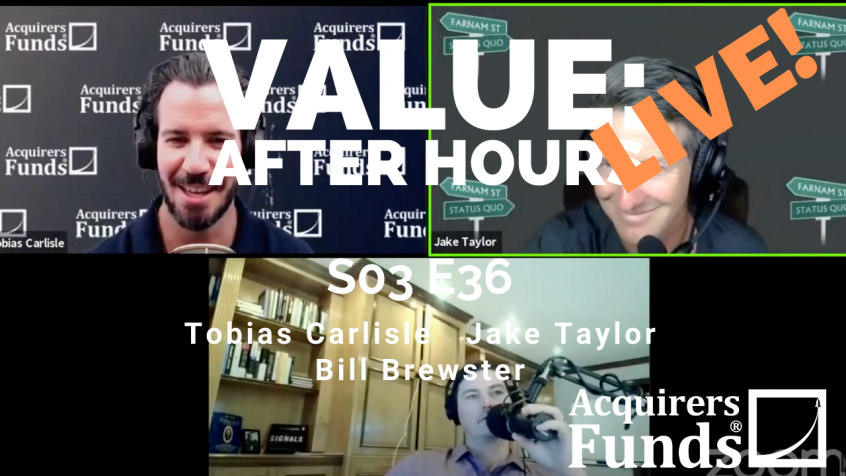 In their recent episode of the VALUE: After Hours Podcast, Jake Taylor, Bill Brewster, and Tobias Carlisle discussed the Explosion In Retail Trading Accounts. Here’s an excerpt from the episode:

Jake: Because they’ve got blowed up.

Tobias: I think that’s what happened, and then there was a long time of the market. So, going backwards, like you remember from 2000 to 2013, SPY was flat or backwards.

Tobias: It’s not much fun there, and it’s been on a vertical ramp since about that time to today. So, that’s probably why there’s a lot more brokerage accounts. What do you guys think?

Tobias: It’s not a market call. This is just–

Bill: Yeah, I don’t know. I want to be like fuck them, but I don’t know that thought’s right. As it pertains to Robinhood specifically, the idea that they at least historically have not provided the customer service is atrocious. The actual inducement of people to sign up for brokerage accounts does not bother me that much. Even options trading, the only reason that I’m doing what I’m doing is that I came in through options trading. So, I don’t know.

I have really mixed feelings. I don’t like the gamification, and I don’t like the idea that discount brokerages can just basically provide absolutely no support, and then just say, “Well, externalities are to the rest of society, and we don’t have any responsibility.” That really bothers me. But I don’t know. I guess I would need to know the definition of a brokerage account. If a brokerage account can have five bucks in it, then how much are we really talking about? My intuition–

Jake: How much was the last stimi check? It’s probably about how much is in there. [laughs]

Bill: No, probably, less. People are trading it.

Tobias: The average is quite high.

Jake: We need a median probably for this.

Tobias: Yeah, average is a skewed. That was just all the data that I had. It’s actually pretty hard to track down that data. I tried to google around for it and couldn’t pick it up.

Bill: If Google can’t do it, no one can.

Bill: Yeah, I don’t know. Certainly, it would be one of the things that you could take on to the late cycle indicators if you were so inclined.