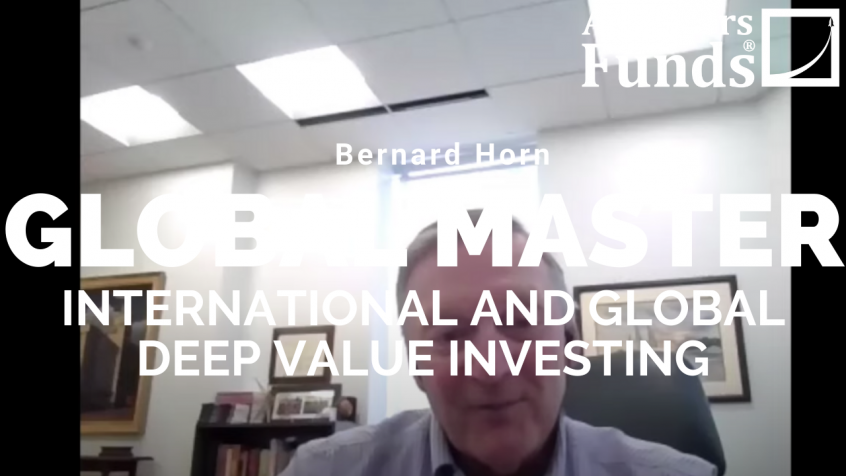 During his recent interview on The Acquirers Podcast with Tobias, Bernard Horn, founder of Polaris Capital Management discussed The Secret Sauce Of Value Investing. Here’s an excerpt from the interview:

Bernard: Yeah, I think usually anything that underperforms for so long, at some point, it’s going to revert back to the mean. I feel that there’s a certain amount of comfort in that basic mathematical approach to investing. However, I will say that I think this separates us in some ways from other value investors. One of the things that I said earlier, and we don’t really talk about this, because it’s a bit of the secret sauce that we do, but when we look at companies, we only buy companies that give us a return that’s better than the expected return on the benchmark, as I said earlier. When I said that, I refer to real returns after inflation returns.

We’re looking at companies that have to beat a certain real return. When we do that, we need to forecast future cash flows in real terms, which not many people do. When you do that, you have to look back in the past and say, has this company been able to raise prices? Has the price per ton of paper been growing faster than inflation, or has it been growing in real terms, or negative in real terms?

I have to tell you that industry to industry to industry, we have found that because Moore’s law has permeated the global economy so much that what you see in computer chip prices, where every year they go down in nominal terms, and they go down massively in real terms, that same pricing pressure happens in the paper industry, it happens in mining, it happens in services, it happens in investment management companies, [chuckles] because people use computers to price up portfolios and manage them, and that drives prices down, investment thesis down.

So, I don’t think people truly appreciate the impact that this is having on future cash flows in real terms. I think what a large part of the value underperformance has been for the last 10 or 15 years is this Moore’s law playing out in the global economy as it’s getting more and more diffused. I think that what looks optically very cheap, isn’t always sustainable future growth in real cash flows.

I’ll say that much in saying that I do think that value can come back. I know there’s this idea that it can revert to the mean, but I think what we do differently than what I think other people is that we focus extremely hard on the ability of companies to price their goods and services higher than inflation going forward. That comes from innovation, that comes from pricing power of one sort or another. I think in the last 9 out of the last 11 years on our international equity mandates, we outperformed the benchmark, when value had no business outperforming the benchmark. And same on global, I think we’ve been underweight the US economy, the US market, which if you did that the last 10 years, you’re toast to begin with, but notwithstanding that, we still I think outperformed in 6 out of the last 11 years. The benchmark not just a value benchmark.

I think a lot of it has to do with this idea of looking at company’s ability to grow cash flows in real terms. Because look, the only reason you invest in equities is not because you like to see your portfolio go up and down by 22% standard deviations a year, around 6% or 7% mean. The only reason you want to take that risk is because you believe that company will grow their cash flows in real terms, because if their costs go up, they can do something to either control those cost increases by gaining on efficiency and productivity, or raise prices or do a whole bunch of other things, innovate.

It’s that behavior in the private sector that allows cash flows to grow in real terms, which ultimately grow stock prices in real terms. But I think it’s become a lot more difficult over the last 10 or 15 years, and it’s probably going to get more difficult. We have to find companies that are going to be able to defeat this kind of deflationary pressures of technology and the whole global competition. People working in Cambodia, and Vietnam, and China, and wherever, who are willing to do things that in developed world countries that people get paid too much to do.

Central bank policy has a really hard time changing Moore’s law. It has no effect. For central bankers to think that, by increasing the money supply or by quantitative easing, they’re going to change Moore’s law? Good luck. They can’t wave a wand that magically equalizes wage rates and productivity rates across countries, so you’re always going to have these deflationary forces. I think the question is, are the developed world countries and companies able to overcome those deflationary forces?

I think that that’s really what’s key to determining whether value is going to outperform growth. Growth as being, people pay premium for growth, because cash flows are growing in real terms, and that’s what it’s about. So, it’s not what value investing was when I came into the business in the early 80s, when you just bought low PE stock I mean. I did my thesis on Fischer Black, and he had a page in the value line investment survey, which was their advertisement, and their justification for value investing is buy low PE stocks, and it work back then.

Bernard: But it’s a little more complicated these days with technology, and Moore’s law, and all these other things.