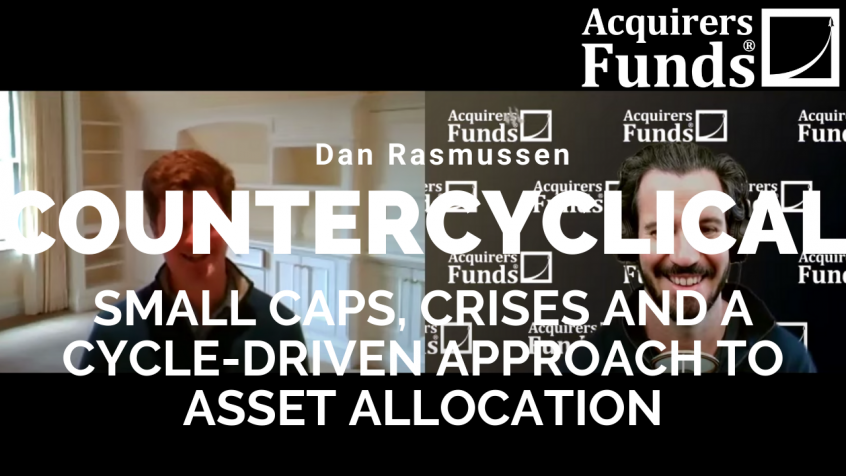 During his recent interview on The Acquirers Podcast with Tobias, Dan Rasmussen of Verdad Capital discussed Marrying Baupost And Bridgewater. Here’s an excerpt from the interview:

Dan: You can think about this, a variety of influences, but one influence for thinking this way is Seth Klarman and Baupost. To simplify Baupost’s model, and I’m sure he would hate to be described this way, but think of a seven-year business cycle. Baupost is holding 30% cash, 40% cash for the first five years. The S&P goes up, and Baupost goes up a little bit less, and then the market crashes, and Baupost doesn’t go down anywhere near as much, and then Seth Klarman goes and buys a crazy amount of distressed securities and bargains, and then he just rips out in year seven, and over that seven-year business cycle, Baupost comes out way ahead, even though they lagged the market for five out of seven years. They were quite conservative in those periods, but that was what allowed them to capitalize on that opportunity.

You take that idea or framework, of be conservative in good times you have cash to deploy. And then, I marry that with Bridgewater, which’s where I worked briefly, when I was younger, of thinking, “Okay, well, can we do better than holding cash trade? Is there something to do better than holding cash?” There’s got to be something that works from middle stages of the business cycle to the end. That’s better than cash, and what might those be, and how can you incorporate other asset classes, whether that’d be treasuries, whether that could be real assets. Then, the next big question I had with that starting what was to say, everybody’s talking about inflation, and I think to have a true full cycle model, or really think through investing over the full business, you’ve got to have an answer for inflation. What causes inflation? When’s it going to happen? What am I going to do about it, if I detected this coming? That was really the genesis of this paper, was to try to answer those questions, and to answer them as simply, thoughtfully, and empirically as possible.