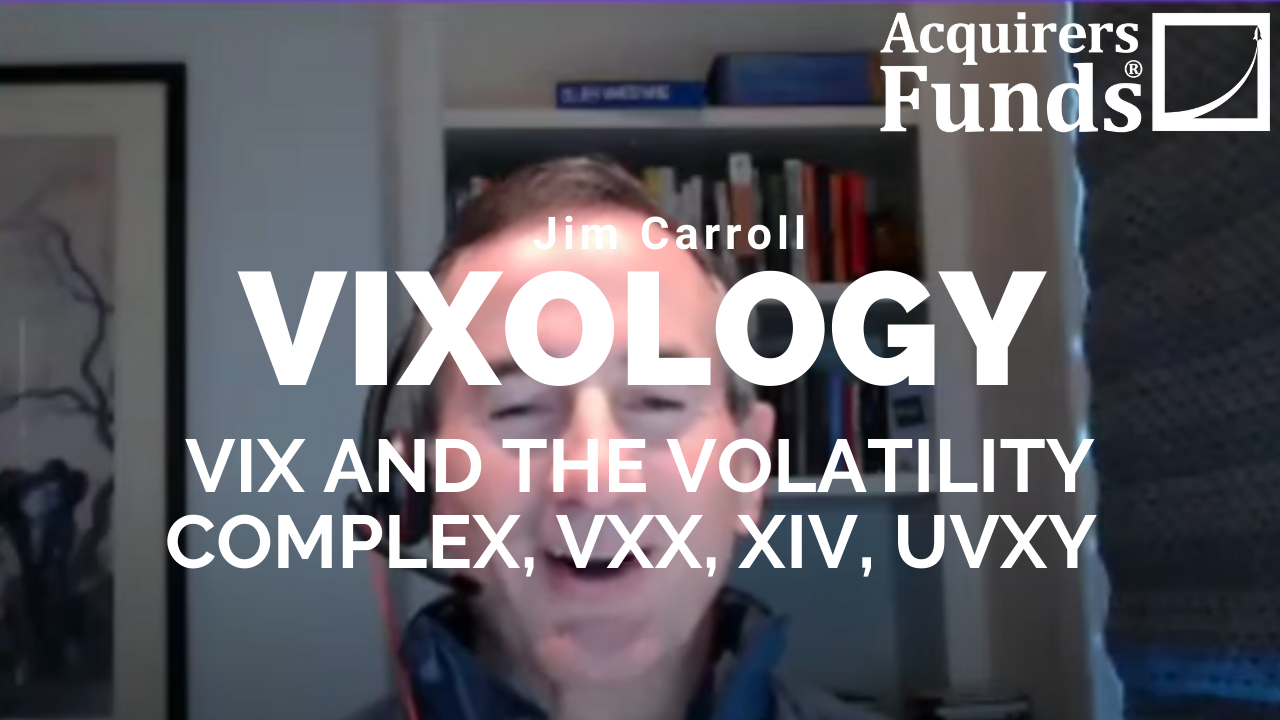 During his recent interview with Tobias, Jim Carroll, the @vixologist on Twitter and Senior Vice President and Portfolio Manager at Toroso Advisors, discussed Volmageddon or The Volpocalypse. Here’s an excerpt from the interview:

Tobias: Have you seen any changes to the behavior of VIX or the term structure over the period of time that you’ve been following it? I raised it, because that’s one of the things that I’ve heard Chris talk about quite regularly, where he says that the spikes are more regularly sold. The volatility seems to drain away faster and faster all the time. You give that 2008 example where it was elevated for a very long time.

Then it seemed to be very sensitive to even 2012, as far out as that it was still popping. Anytime there was any kind of market event, it was quite sensitive to it. Then it went through this very long period of time of being crushed, quite low. I think even until last late 2019, it was still very, very low. People wondering whether it would ever– will this ever get back to like a 20? Because it was trading in the low like 10, or 11, 12 kind of number.

Jim: There’s the old saying, “No good deed goes unpunished.” I think the Wall Street equivalent is, “There’s no good idea that doesn’t get overused.” One of the things that clearly has changed over time is that the volatility ecosystem has expanded and expanded in terms of use cases, instruments, and larger players using it to express a view or using it to hedge a portfolio or using it to augment returns.

Clearly, one of the things that Chris saw and documented was the institutional evolution in the use of volatility as a way to not only hedge but to scrape some so-called risk premium out of the market. We’re going to sell volatility premium, most of the time we’re going to just be able to collect it and move on and do it again and do it again and do it again. As you suggested, that’s all well and good until– I’m reminded of the Roadrunner cartoons where the coyote finds himself off the edge of the cliff. [laughs] And then it’s straight down.

If we go back to February 2018 as an example of, what we call Volmageddon or the Volpocalypse, where it seemingly all of the sudden VIX doubled and people were crushed. One of my favorite exchange traded products disappeared, XIV.

Tobias: After the close.

Jim: Yeah. I will never forget watching it in real-time and chatting with colleagues about what was going on. Then hearing some stories in the aftermath about people who were buying it after the close. [laughs]