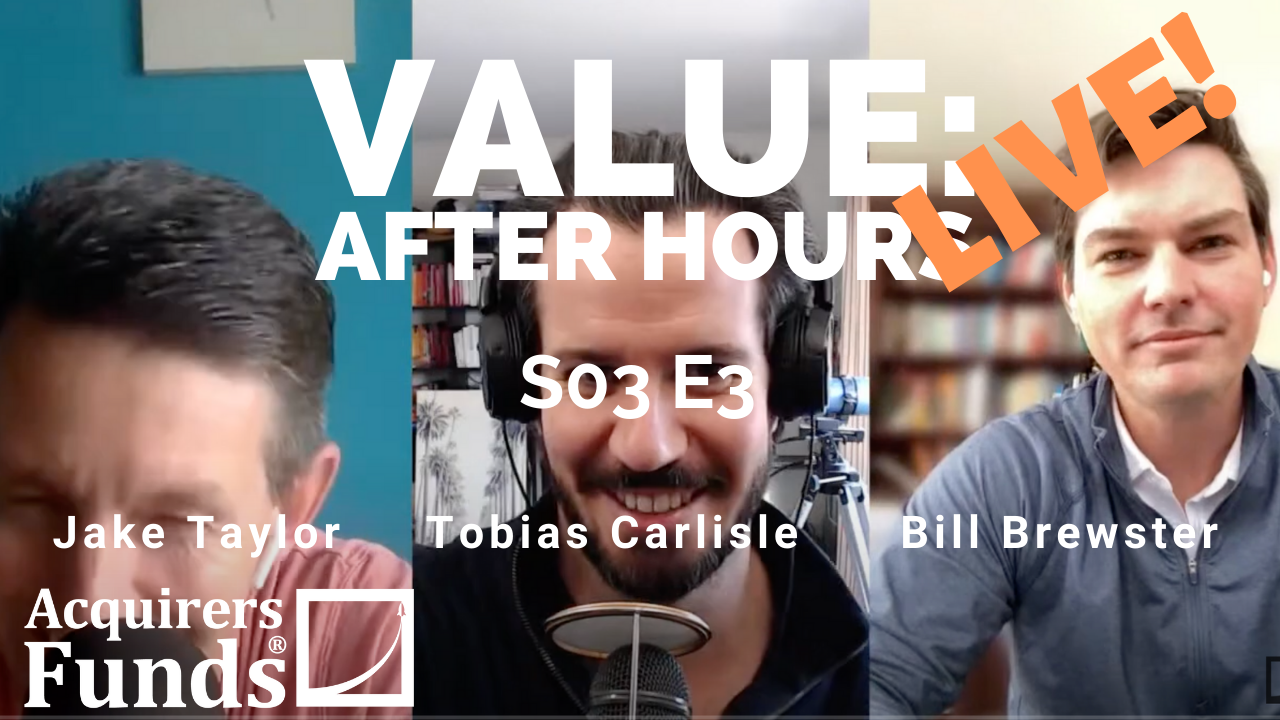 During their recent episode of the VALUE: After Hours Podcast, Taylor, Brewster, and Carlisle discussed Ketchup Physics. Here’s an excerpt from the episode:

Jake: All right, so this veggie segment is called Ketchup Physics. I actually have a little thing of ketchup here, just for fun, and it’s Heinz, so that’s good. Ketchup is interesting, in that, if you push on ketchup slowly, it behaves like a solid. It will resist the force that you put on it. If you shake it hard enough and it starts to move, it actually starts to behave like a liquid, and then it’ll move quickly. It’s not linear in that way. What’s going on? If we look inside here and what’s happening at a molecular level, ketchup is made of sieved tomatoes, basically, like really highly filtered tomatoes, water, vinegar, and spices.

Then there’s this other magical ingredient in there that is about a half of a percent of the total of it. It is these long molecules that are made up of chains of linked sugars, and it’s called xanthan gum. It’s a common food additive, it’s actually used or created– originally was created by bacteria that we then taken harvest from and put this into our things as a thickening agent. It also actually gets used in the oil industry, if you can imagine, to create this– It thickens drilling mud, which is sometimes what you want, I guess, in the drilling world. Anyway.

Bill: I wasn’t going into my body, that sounds great.

Jake: When ketchup is at rest, these long molecules tangle themselves all up around each other. When you put some kind of force on them, they stay together, and they resist that force. Then, when if you get them moving, they start to untangle, and then it will then release basically and turn into a liquid, it’ll be more like water. As you’re shaking the bottle, there’s a point where you cross over, where enough of them will untangle before they can re-tangle, and that’s when you get a phase change within the ketchup. If we think about–

Bill: Then [crosstalk] starts to move down the bottle?

Jake: That’s when it will actually pour out of the bottle. When you turn a ketchup bottle upside down and go hitting it on the back of it, the problem is, is that it’s basically like a plug up near the neck, because that’s not moving at all, so it’s not liquefying, so it’s just running up against that. The trick to pouring ketchup, which most people I think know this already, but is you hold it, and you tap on the neck, and create the volatility in the neck that breaks up the xanthan gum connections enough to where it liquefies in the neck, and then it will come out much easier.

Jake: Thanks. A couple things to take away from that. Number one is, it’s interesting how the time of something, like how long it takes, the duration can have dramatic impacts upon the actual effects and what happens. In this instance, the volatility of disrupting the xanthan gum and untangling it, when you get enough of them untangled before they have a chance to re-tangle, it will liquefy. But if you’re just not much volatility or if you spread that volatility out over a very long period of time, you don’t get that phase change because it doesn’t untangle enough to liquefy.

I was thinking what if Xanthan gum is the equivalent of people’s belief and faith in the future, in growth rates, maybe the corporate dominance of whatever they’re invested in. Maybe it’s Fed intervention, maybe it’s that prices can never go down, maybe it’s that rates can never go up, and we have all of these beliefs– As long as people are together in it, and they stay tangled up in it, and there’s not too much volatility to shake them from that belief, they can stay as a solid.

Market prices appear very firm, and they appear to be a solid thing to rest your hat on. But if you introduce enough volatility, and you break those beliefs in a fast enough time period for people, you can see a liquidation just like the ketchup, and now all of a sudden, all their beliefs go out the window, they’re looking to sell, and you get basically like a market run. It’s this similar analogy to sand on the sand table, or earthquakes building up, or all the million other sort of critical state phase change analogies that are out there, but I thought this was kind of a fun one in the ketchup bottle world. Maybe you’ll think about that next time when you try to put ketchup on your fries.