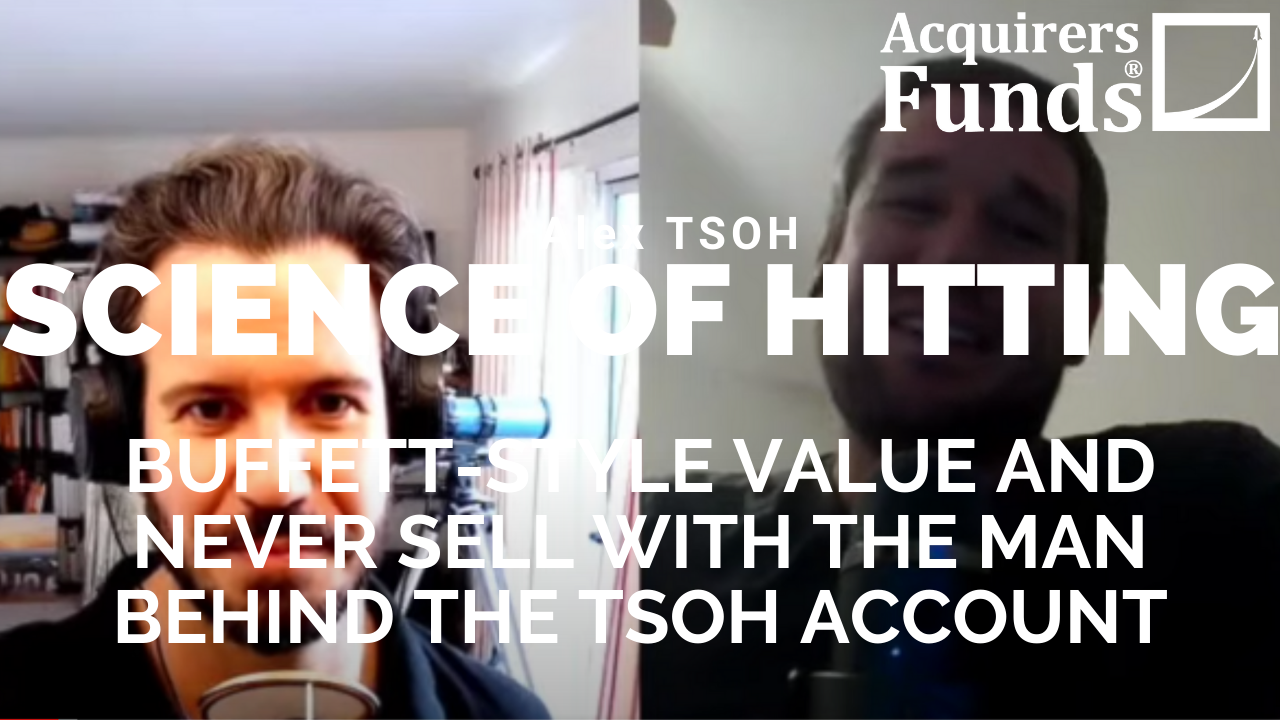 During his recent interview with Tobias, Alex @TSOH_Investing discussed Investing In $MSFT. Here’s an excerpt from the interview:

Tobias: You deserve some credit for being one of the unicorns who actually went and bought it in 2011 because I went along to all of those value investing congresses and it was certainly a thing that people were talking about at the time as being a good value. I just remember thinking, I get it, but it’s not that interesting, I think there are other things around that are more interesting. Little did I know it’s going to turn into this monster SaaS compounder over the next 10 years.

Alex: No, Microsoft’s trajectory from 2000 being the greatest thing ever, needs to be broken up to 2010-2011, this is a dinosaur, it’s not worth anything, these businesses are going to implode, to today where it’s kind of back in that 2000 light, that to me is probably the biggest lesson I’ve learned in investing and this idea that these businesses today that are pegged as being great and will be great forever, that idea is very flawed, in my mind. That is a very rare bird that actually stays great for 10, 20, 50 years. So, if you’re paying prices that imply something like that, good luck, that’s not a game I have any interest in flying.

Tobias: I mean you need some credit too for holding through that full period. As a value guy, when some of these valuations creep up, you get the urge– well, I get the urge to punch out and put it into something cheaper.

Alex: It’s funny, I think about sometimes, like the idea that trading is free or very cheap now is probably something that’s been a net negative for investors. This is probably an example of being forced to pay taxes, being a net negative, it’s certainly impeded my decision making at certain points. Also, they hired Nadella in 2013, who’s widely regarded now as a very good CEO. At the time when they hired him, it was not perceived that way. I don’t know if you remember this at all, they were going to hire someone internally and people were very upset with that. They wanted them to hire Al Mulally who was the CEO of Ford, or the former CEO of Ford, an old white guy. Instead, they hired Satya Nadella, who in the subsequent seven years has proven to be a very good CEO.

Anyway, as time went on– and I’m certainly not a tech expert by any stretch of the imagination, but over time, listening to him and looking at the company’s results and seeing where they were trying to go, it became more and more apparent that this was less of– I wrote an article and I bought it early on, it was called Microsoft, Price for Failure. Well, that story was going away.

But there was reason to believe it was becoming a really good business and that there was a bright future ahead, it was just what’s the fair price for that. And that’s an idea I’ve certainly struggled with along the way. As it’s gotten closer and closer over time, a lot of times I’ve come back to the idea that with a truly great manager and a very strong competitive position, and still a very conservative balance sheet, if the price isn’t at a level, that’s almost hitting a level that’s almost absurd. It just makes it really hard for me to sell. I mean, I would consider trimming, but this is something I let go very slowly if I was going to sell it or more give it away, try donating shares or whatever else so I don’t have to pay taxes myself. It’s too painful.

Tobias: It’s been funny because the thesis in– I don’t remember exactly when– I think it was 2011, 2012, 2013, somewhere through that period. The thesis was not this is going to become a software as a service, subscription service compounder.

I think that the revenues– I forget exactly, but when at the time that people looking at it, the revenues had actually come off, it was one of the very rare periods in Microsoft’s whole history where revenues backed off. I think people might have thought, “Well, I guess that’s game over now. It’s not a growth company anymore. Maybe it’s transitioning to a value company.” I know that growth and value are joined at the hip, don’t have to remind me, but in thinking about what company it was becoming and then value guys pitching it, it just wasn’t clear that it had this monster growth embedded in it.

Alex: Yeah, I think at the time, I’m going to get some of this wrong, but a lot of the narrative was, iPad was really becoming popular around that time. There was a big question about what PCs would be if they were even a thing 5 or 10 years down the road. Microsoft still had not released an Office app on Android, maybe even on iOS as well. They were holding it hostage to support Windows Phone or Windows iOS, generally speaking, which didn’t work and was subsequently changed. They did the Nokia deal just before Balmer left, which was viewed as poor capital allocation, which I think we can fairly say that’s correct. [laughs] So, yeah, there was a lot going on. It’s a lot of value names, especially if the capital allocation is questionable, it can be really hard for people to buy into the story.

I remember Whitney Tilson bailed on it, and rightly so in some ways, saying, “The capital allocation here is just not very good. So, I’m going to look somewhere else to invest.” So, anyways, obviously, the story changed over time.

Tobias: Yeah, it was Whitney, I think, who was pitching the idea at the value investing congress. I didn’t know that it got up, but then I didn’t follow that closely, either. I’ve never actually encountered anybody else who bought it then and continues to hold it now. So, my hat’s off to you, sir, for that.

Alex: Every once in a while, I get something right.