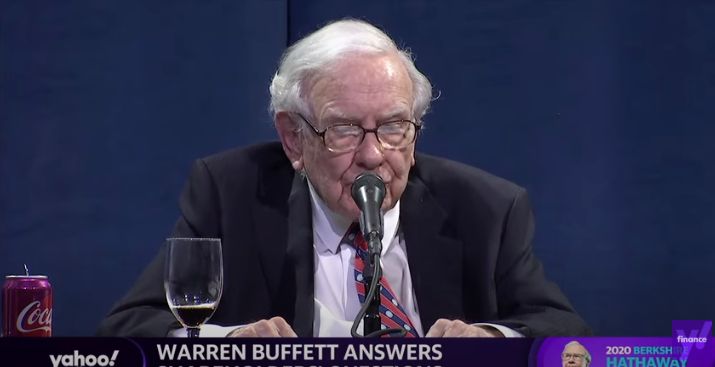 Here’s the entire video of the 2020 Berkshire Hathaway Annual Meeting. One of the questions Buffett was asked was why he didn’t repurchase Berkshire shares in March when they were 30% cheaper than the price he purchased them at earlier in the year. Here’s an excerpt from the meeting:

Becky Quick: All right, this question, I was looking for one of these, because I got several questions that came in similar to this. I was looking for one of these a moment ago. This one’s from Andrew [Wenky 04:05:22]. He says, “Can you ask Warren why he didn’t repurchase Berkshire shares in March when they dropped to a price that was 30% lower than the price that he had repurchased shares for in January and February?”

Warren Buffett:
Yeah, it was very, very, very short period where they were 30% less. But I don’t think Berkshire shares relative to present value are at a significantly different discount than they were when we were paying somewhat higher prices. I mean, it’s like Cain said, or whoever it was. I don’t know. The facts change. I change my mind. What do you do, sir? We always think about it, but I don’t feel that it’s far more compelling to buy Berkshire shares now than I would’ve felt three months or six months or nine months ago. It’s always a possibility. We’ll see what happens.

You can watch the entire meeting here: