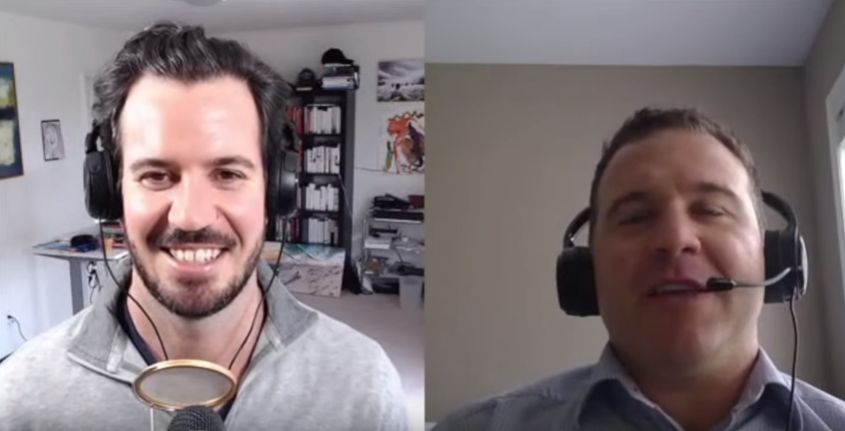 During his recent interview with Tobias, Zach Abraham, who runs Bulwark Capital Management and has a radio show called Know Your Risk Radio, discusses why investors should consider permanently allocating 5-10% of their portfolio to gold. Here’s an excerpt from the interview:

Tobias Carlisle: Well, let’s talk a little bit about precious metals. Do you allocate to them? How do you feel about them? What do you think about them?

Zach Abraham: Wow, you’re hitting it on all sides.

Tobias Carlisle: This is a test. I’m running you through geopolitics, equities, insurance, now precious metals.

Zach Abraham: Yeah, so I was a huge precious metal bull in 09, in 08. I just thought the writing was on the wall that had a lot to do with our out performance in 2010. Then, thank God, right when gold was flirting with $2,000, it just seemed like too much too fast. The other caveat to throw in there is that I’ve been involved in the gold mining sector since I was little kid. My dad did a lot of VC deals. My grandfather as well, funding gold mining projects, things like that when gold was really hot in the early 80s. I spent summers at gold mining operations. I’ve been all over North America to different gold mining operations. We saw companies taking on leverage.

Zach Abraham: From being on the inside of it, looked very much peak cycle. We pulled back on our gold exposure in 2011 right by the highs, thinking that we’d get a better entry point. Thank God, we did pull back because that entry point never came, so we really hadn’t had much exposure in gold over the last five years, six years at all. We’ve taken some shots here, had a good run in 2015. Based on a theory, we got pretty significantly … I think we were 25% gold two days after the Fed announced the first rate hike at the end of 2015. We had a 20 to 25% of the portfolio allocated to gold.

Zach Abraham: Getting back to original question about, where I see that going, I think that a guy that we’ve had on our radio show a few times put it best that’s Luke Gromen. He said that he thinks that gold will end up being the credit default swap of this cycle. Maybe it doesn’t deliver those kind of returns, but I think at some point, I see that playing out. If anybody’s been involved in gold markets or precious metals markets, you realize that if it goes against you, you got to be quick to pivot because it can be very painful. We’re very cautious on that but at some point, there has to be a reckoning for all of this printing. At some point, just … To me, it really goes hand in hand with the whole value thing that you and I both subscribe to is that markets are teeter totters. You load up one side of the boat, it ends up going back the other way. As much as no one cares about anything real right now, I can see the rush into gold making in the period of 2009 to 2011 look like child’s play. I think we’ll see it at some point. It just seems fitting.

Zach Abraham: For the average investor out there, I would suggest a permanent allocation somewhere between 5 to 10%. We play it more tactically than that which I’m not sure is a good idea. I’m always hesitant to pull down our gold exposure because I don’t want to get obsessed about the short term negative moves and miss the big move that I very much believe is going to come. I look at it just kind of like a margin call. At some point, central banks are going to have to back all the paper they put out there. The paradigm will shift and it will probably shift rather violently. The scramble for real assets, real value, I think will be biblical. I think it’s going to be a big winner at some point.

Zach Abraham: Yeah, I’m just shocked it’s gone on this long. This gets into another thing that I was thinking about, leading up to this interview is that there’s so much ranting and raging at the Fed and central banks. I think that every ounce of it is earned. I don’t think that we have fully digested what the long-term implications of it all means.

Zach Abraham: Essentially if you look at it on kind of a philosophical take, central banks have basically come out and said that they recognize that their currencies are valueless. I mean if you’re going to print that much and you’re going to say that there’s no side effect, what are you saying? If you take too much of any medication, it can have negative impacts. These central bankers would have you believe that there’s no possible negative outcome from all this printing. I look at it and I go, “Okay, so you’re admitting that it’s essentially worthless,” which it is. Every fiat currency has gone the same way over a long enough time line or on an on a long enough time line.

Zach Abraham: Like I said, I think we’re just really beginning to digest and we probably won’t fully digest until decades down the road with a lot of hindsight to really realize the full impacts of what’s going on. When you apply that metric, one of the things that I always think about is to me, central banks are the best justification. If you’re going to make a justification for high equity valuations, I think central banks are the best justification. What would you rather have, Italian government sovereign debt or shares of Apple, right? Who do you trust your money with more? If you pick the Italian sovereign debt and it’s trading in a premium to 10-year US Treasuries, good luck or then, you get into Argentinian 100-year bonds, where they’ve defaulted four times in the last 100 years. I mean it’s madness. It’s never fun to sit out a party and kind of feel like I’ve been doing that. Like I’ve been the designated driver.

Tobias Carlisle: You’re the designated driver, I was just going to say that.