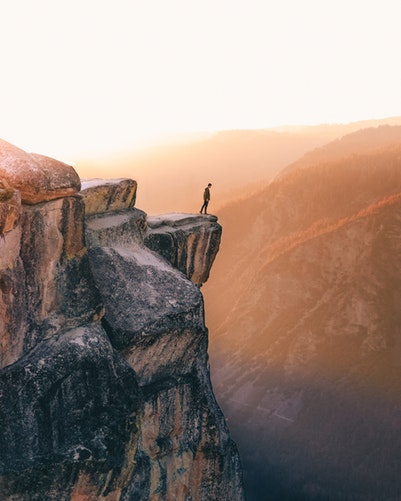 What separates average investors from superinvestors is their ability to make big bets when they think they’re right. The question is, how do you develop such an aggressive mindset. Fortunately, one answer can be found in the book – The New Market Wizards, by Jack Schwager. There is one passage in particular in which Stanley Druckenmiller discloses a conversation he had with George Soros which perfectly illustrates what it takes to make big bets when you think you’re right.

Your long-term performance has far surpassed the industry average. To what do you attribute your superior track record?

George Soros has a philosophy that I have also adopted: The way to build long-term returns is through preservation of capital and home runs. You can be far more aggressive when you’re making good profits. Many managers, once they’re up 30 or 40 percent, will book their year [i.e., trade very cautiously for the remainder of the year so as not to jeopardize the very good return that has already been realized]. The way to attain truly superior long-term returns is to grind it out until you’re up 30 or 40 percent, and then if you have the convictions, go for a 100 percent year. If you can put together a few near-100 percent years and avoid down years, then you can achieve really outstanding long-term returns.

What else have you learned from Soros?

I’ve learned many things from him, but perhaps the most significant is that it’s not whether you’re right or wrong that’s important, but how much money you make when you’re right and how much you lose when you’re wrong. The few times that Soros has ever criticized me was when I was really right on a market and didn’t maximize the opportunity.

As an example, shortly after I had started working for Soros, I was very bearish on the dollar and put on a large short position against the Deutsche mark. The position had started going in my favor, and I felt rather proud of myself. Soros came into my office, and we talked about the trade.

“How big a position do you have?” he asked.

“One billion dollars,” I answered.

“You call that a position?” he said dismissingly. He encouraged me to double my position. I did, and the trade went dramatically further in our favor.

Soros has taught me that when you have tremendous conviction on a trade, you have to go for the jugular. It takes courage to be a pig. It takes courage to ride a profit with huge leverage. As far as Soros is concerned, when you’re right on something, you can’t own enough. Although I was not at Soros Management at the time, I’ve heard that prior to the Plaza Accord meeting in the fall of 1985, other traders in the office had been piggybacking George and hence were long the yen going into the meeting. When the yen opened 800 points higher on Monday morning, these traders couldn’t believe the size of their gains and anxiously started taking profits. Supposedly, George came bolting out of the door, directing the other traders to stop selling the yen, telling them that he would assume their position.

While these other traders were congratulating themselves for having taken the biggest profit in their lives, Soros was looking at the big picture: The government had just told him that the dollar was going to go down for the next year, so why shouldn’t he be a pig and buy more [yen]?

Soros is also the best loss taker I’ve ever seen. He doesn’t care whether he wins or loses on a trade. If a trade doesn’t work, he’s confident enough about his ability to win on other trades that he can easily walk away from the position. There are a lot of shoes on the shelf; wear only the ones that fit. If you’re extremely confident, taking a loss doesn’t bother you.