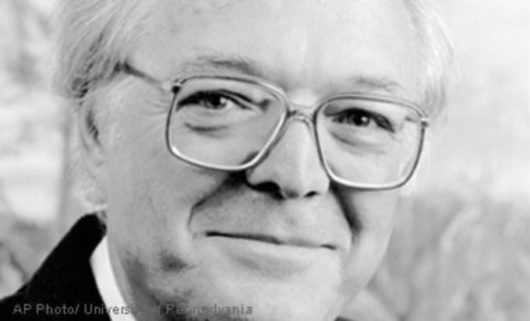 If it’s one thing we love at The Acquirer’s Multiple it’s value investors and John Neff is a legend in the world of value investing.

Neff has referred to his investing style as a low price-to-earnings (P/E) methodology. He’s one of the best known mutual fund investors ever, notable for his contrarian and value investing style as well as heading Vanguard’s Windsor Fund.

I recently read one of the best Neff interviews on the CFA Institute website.

Here’s an abstract from the Neff interview on the CFA Institute website:

Question: Can you offer some advice, some thoughts, or some enduring principles that have worked for you that are still relevant?

Neff: Well, certainly, the low-P/E strategy that I have been discussing continues to provide excellent odds. With Windsor, we were typically 50–60 percent of the market P/E. You do not have to be a magician to discover those stocks, but you do have to be pretty good at pursuing and analyzing them. And you have to stay on top of your analysis.

Usually, we would have a total return (growth rate plus yield) that was very competitive. About 200 bps of that performance was from a superior yield. In other words, the market would give us that yield, in effect, for nothing.  Stocks sell on their growth rate. So, our strategy incorporated a built-in advantage. I thought this advantage was gone three years ago, but it is coming back.

You can buy Citigroup with a 3 percent yield, which is 50 percent better than the DJIA and about 100 percent better than the S&P 500, with a 13–14 percent growth rate (my calculation). So, there are still stocks that provide a yield advantage. Keep in mind, however, that not all low-P/E stocks are attractive. Some of them are fundamentally poor companies in poor industries.

So, you have to pick the best of the bunch based on your analysis. And you do have to set some targets—your expected growth rate and how you think the market will eventually respond. If the investment is not measuring up to your expectations a year later, you have to readdress your analysis to make sure you do not have a fundamentally deteriorating situation.

Question: What is the difference between a value manager and a low-P/E manager?

Neff: Value is in the eye of the beholder. Low P/E is easily calculated and definitive.

Question: In low-P/E investing, how do you decide when you are right and what is your sell discipline?

Neff: We focus on total return, which, of course, is defined as growth plus dividend yield. In the olden days, we had a lot of 7 percent growers with a 7 percent yield. As a matter of fact, we had a big position (17 percent) in the regional Bells when they first were born in the mid-1980s. NYNEX Corporation, which was the Baby Bell in New York and New England, had a 9 percent yield.

In other words, NYNEX was trading at 7–8 times earnings with a 9 percent yield and 7 percent growth, and thus 16 percent in total return (or more than twice its market multiple of 7 times). Admittedly, that is kind of hard to find these days.

But I just bought an insurance company that is an 11 percent grower (in my view), with a 2.5 percent yield (13.5  percent total return) and a 7.3 market multiple—not quite double but pretty close. And all the homebuilders, of course, have virtually no yield, but some are 10–12 percent growers with multiples of 5–6 times earnings. And actually, I underestimated the growth rates on the homebuilders: They have not been 10–12 percent; they have been more like 25 percent!

Question: What was your process for finding a stock and deciding to buy it?

Neff: My research team consisted of three analysts (in addition to  myself). It was not a big team, but we would really chase down our companies. I would start the process by doing some preliminary analysis. Then, I would ask one of the other analysts to take a day or two to look at the company and then come back to me to see where to go from there. We kind of ganged up on it, and in this way we would chase down good low-P/E opportunities.

Question: How many stocks should a portfolio hold?

Neff: With Windsor, we probably had 60, and the top 10 were about 40 percent of our portfolio.

Question: If you had to pick one important lesson, what would you pick?

Neff: That is a difficult question because there are so many lessons. But if I had to pick one, I would pick the low-P/E equity strategy. That is certainly the crux of it. There are so many stocks that meet this criterion. To effectively pursue this strategy, however, do not be afraid to take on a stock that is under market attack, but your aim is to buy low P/Es in decent companies in decent industries. There are not too many outstanding ones, but there are some decent ones.

To read the full Neff interview on the CFA Institute website click here, A Conversation with Legendary Value Investor John B. Neff, CFA.