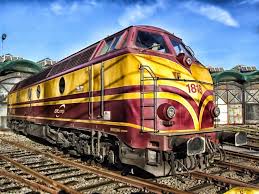 I simply buy the top two stocks equally weighted each month, that I don’t already hold, from “The All Investable Stock Screener”, until I hold 24 stocks over 12 months, then I re-balance.

Stocks must be selected without fear or favour. All stocks suffer from the ‘broken leg’ problem (significant issues that make them unfavourable). I don’t try to cherry pick the best stocks, I simply take the top two stocks in the screen that I don’t own and then track their performance right here.

Here’s the latest performance update for the portfolio:

You can read all about my Acquirer’s Multiple Portfolio investing strategy and monthly picks here:

OK, now let’s take a look at this month’s (March 2016) first pick that I’m adding to my portfolio.

Top of the All Investable Stock Screener this month is FreightCar America, Inc. (NASDAQ: RAIL). As you can see from the chart below, FreightCar’s share price has tanked in the past 12 months, falling over 47%:

How does it look in the Screener?

Let’s take a closer look at FreightCar in the “All Investable Stock Screener”.

The company currently has a market cap of $188 million, while its Enterprise Value (EV) is just $71 million.

The reason its EV is so low is because the company has an excess of $117 million of cash and cash equivalents once you subtract its total debt. As an acquirer, we subtract this $117 million from the current market capitalisation of $188 million, which leaves us with a total EV of $71 million.

The company’s operating earnings, which are taken from the top of the income statement, are $41 million.

In other words, we’re paying $188 million for a company with an EV of just $71 million, that is returning operating earnings of $41 million on that $71 Million.

FreightCar America Inc. is engaged in manufacturing of aluminum-bodied railcars in North America. The Company is also a manufacturer of coal cars. The Company also refurbishes and rebuilds railcars and sells forged cast and fabricated parts for all of the rail-cars it produces as well as those manufactured by others.

It offers railcar leasing and refurbishment alternatives to its customers. Through its newly formed subsidiary FreightCar Rail Services LLC (FCRS) it provides railcar repair and maintenance inspections and railcar fleet management services for all types of freight railcars. Its railcar manufacturing facilities are located in Danville Illinois and Roanoke Virginia.

What’s the problem for FreightCar?

Put simply, FreightCar belongs to an industry that’s suffering from a weakness in oil and commodity prices. As a result the company has seen a slowdown in orders.

FreightCar’s main customers include railroads, shippers and financial institutions, which represented 69%, 17% and 15%.

The company is moving away from coal and rebuild cars to non-coal railcars.

This is a company that adapts quickly to change.

In October last year the company announced it had completed the sale of its railcar repair and maintenance services business to Appalachian Railcar Services, Inc. for an aggregate purchase price of $20.0 million in cash and the assumption of certain liabilities by the purchaser.

FreightCar’s President and Chief Executive Officer, Joe McNeely, said, “The consummation of this transaction will allow us to increase our focus on our railcar manufacturing, parts and leasing businesses”.

The company had promised to provide lifetime benefits to its retirees. On the eve of trial scheduled for late August, the company agreed to contribute more than $31 million to a fund to provide ongoing contributions toward insurance benefits.

So a tumultuous year for FreightCar, now let’s take a look at their numbers:

Based on all of these numbers, the company certainly does look cheap.

How safe is the business?

To figure out the stability of the company, we use a number of key metrics.

Its Altman Z-Score is a measure of the likelihood that a company will end up in bankruptcy within 2 years. The company scored 4.17 – indicating it’s in the Safe Zone.

Its Piotroski F-Score is 6 – indicating the company’s financial situation is stable.

Its Beneish M-Score is 4.9, indicating that it may be an accounting manipulator.

Details of the trade:

I have $300 Australian Dollars to allocate to each stock in my portfolio.

The AUD/USD Exchange Rate this month is USD$0.75.

Therefore, I have around USD$226 to allocate to the company.