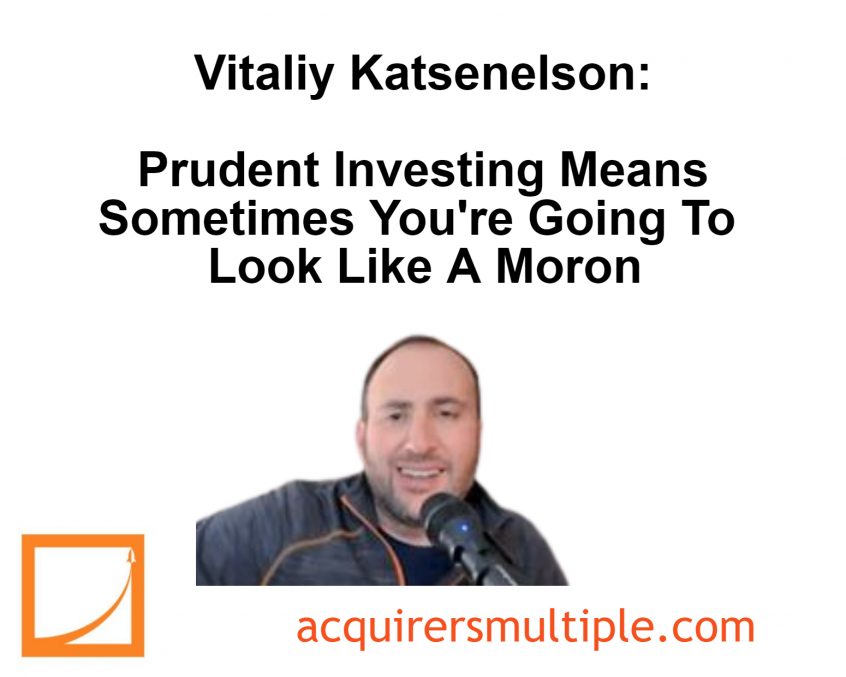 During his recent interview with Military to Millionaire, Vitaliy Katsenelson explains why prudent investing means sometimes you’re going to look like a moron. Here’s an excerpt from the interview:

Katsenelson: Let me tell you this story. This is true story. This is 2001, late 2001. The only reason I remember this because my son was just a few months old and I was in a business trip in Albuquerque, New Mexico and my partner and I had five hours to kill so we went to the Indian casino just to kill time.

I would make all these conservative bats and I would lose every single hand. He would make these stupendous bets like the ones that you would… the book would tell you never do this, and he would win.

This would last maybe 20/30 minutes and there was this huge crowd kind of around him because he was making all this money and I was sitting right there you know like right next to him making these conservative bets just trying to buy time and I was losing.

Then after a while the odds caught up with him and he lost it all.

But these kind of things happen in the stock market all the time. And I think this is what happens during the bubbly time because the crazier bets you make the more money you make for a long period of time until you lose it all.

So the difficult part for somebody like me who’s entrusted with somebody’s life savings is to keep doing the right thing even though you look like a complete moron in comparison to the guy who is basically speculating and making irresponsible decisions I would argue.