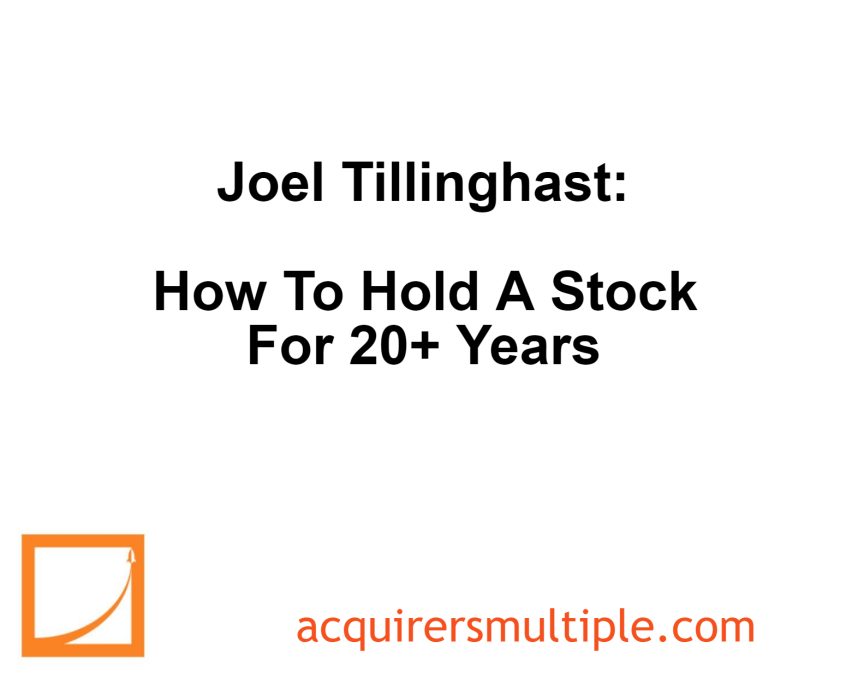 In his recent interview with RWH, Joel Tillinghast explained how to how a stock for 20+ years. Here’s an excerpt from the interview:

Green: But how did you hold it for so many years? I mean, you’ve held it for, what, 20 plus years already while it’s gone up a thousand-fold. That seems almost inhuman to be able to do that. What enabled you to do that temperamentally or intellectually?

Tillinghast: I think it was about four years or five years later, the earnings per share were higher than the cost basis. And this is something that I tried to push on analysts that what I really want is a low PE on earnings five years out where you’re imagining a sustainable world.

Yeah, I probably would’ve wanted that. And it’s still, the multiple was higher, but the earnings were much much higher. They still had the same terrific management. They still didn’t have debt. So what could go wrong?

Well, growth could stop, but consumer products companies have more inertia than technology products or ladies fashions, which annoyingly have almost no inertia, at least the stocks that I buy.