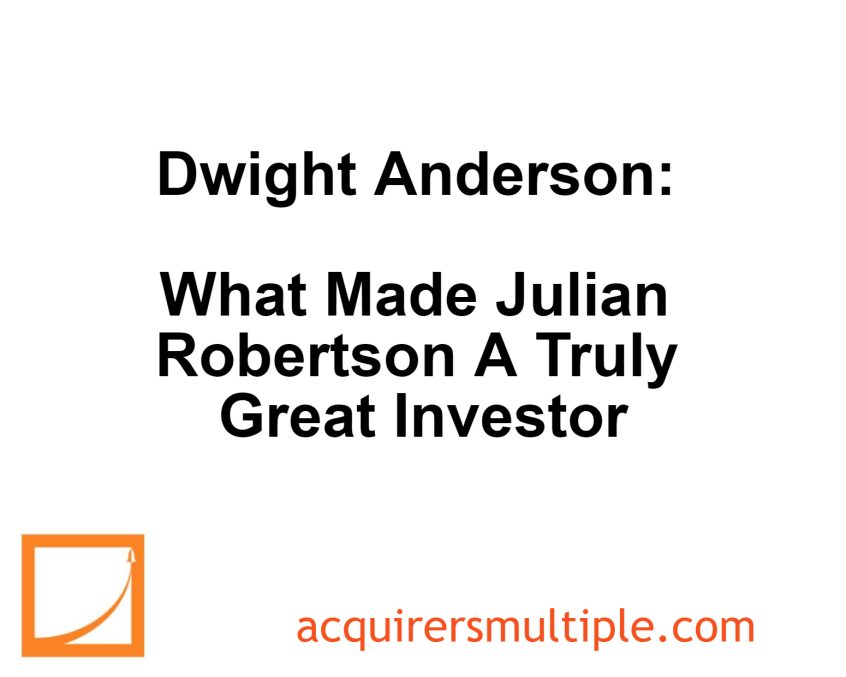 During his recent interview with CNBC, Tiger Cub Dwight Anderson discussed what made Julian Robertson a truly great investor. Here’s an excerpt from the interview:

Anderson: So what Julian was, was a phenomenal stock picker and also a phenomenal selector of managers, both in terms of corporations and managing capital.

He was exacting and focused. Gave as much resources and time for research that focused upon getting it right, and were you right, and the constant questioning of that.

Probably some of the best in terms of that was Steve Mandel and the people who were at Lone Pine, whether it was David Craver, Andreas Halvorsen over at Viking.

It was that fixation on constant questioning, but more than that, he taught us… it wasn’t just what you did during the day in the markets, it’s what you gave back when the markets were closed.

One of the things that I’ll always remember and try and live accordingly is the generosity both in time but especially resources that Julian gave to so many different charities. Like one of my alma maters, North Carolina, or Duke, or Success Academy. He was just phenomenally generous for so many different causes.

Yes it was exhaustive research and also willingness to take a risk and continue to add to that risk, which was second to none.

It’s something that I wish I could do it as well. I won’t and so that aspect of his risk taking was exceptional. And so you can aspire to the hard work, but the aspect that I won’t be able to hold myself equal is what he did in terms of the size, scale and competence of the bets that he took.