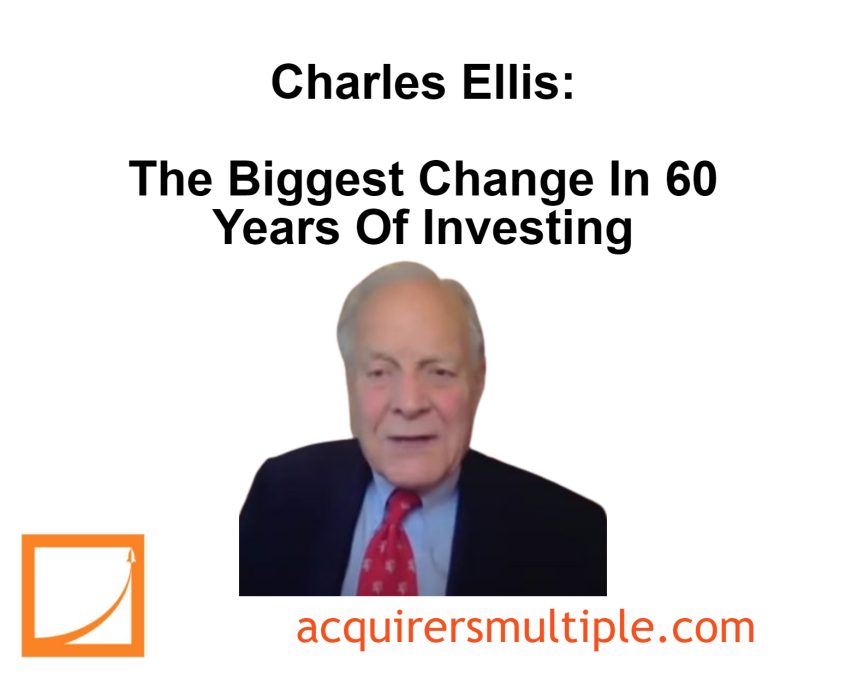 During his recent interview with WealthTrack, Charles Ellis discussed the biggest change is in 60 years of investing in markets. Here’s an excerpt from the interview:

Ellis: My views have changed from believing deeply and with considerable excitement and a willingness to put in particularly long hours, because they did believe it, that the market was open enough, so that if you worked hard enough, you could do better.

I believe it was. Those of us who were involved at the time did do better, and we did better by one or two hundred basis points. And if you compound that over time, it was really worth the effort.

We had a wonderful time doing it, which was fun and exciting and interesting, but what was really important is that we were producing clearly superior investment results and it was feasible in the markets as they were at the time.

Boy have there been changes since then. Today, I think realistically nobody in his right mind would say, it is feasible. I’ll grant that there are a few exceptions here and there. Jim Simons and his mathematical whiz bang group, hundred people with PHDs in mathematics. They’re doing things that are different and over time they’ve averaged out a significantly higher rate of return.

I think small investment management firms with experienced analysts who really know their industries terribly well, and have their own capital involved, as well as client capital involved, they can do very, very well. The magnitude of their benefit one or two hundred basis points, and it can work out, very, very nicely.