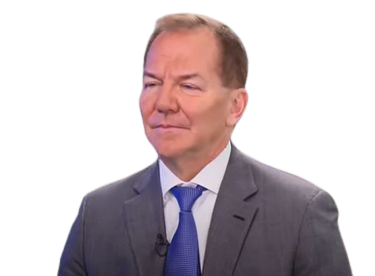 During his recent interview with CNBC, Paul Tudor Jones explained why it’s time to deploy the recession playbook. Here’s an excerpt from the interview:

But I’m assuming we’re going to go into one. There’s a specific playbook around that and…

Host: What is that playbook?

Tudor Jones: Well, so that playbook is most recessions last about 300 days from the commencement of it. The stock market’s down say 10%. The first thing that will happen will be short rates will stop going up and will start going down before the stock market actually bottoms.

So that’s why you could argue that 2-year rates here may have some value or somewhere through here, and term premium gets put back into a variety of assets. Into bond markets, into stock markets, and that’s obviously what’s happening.

So you’re seeing multiples compress in the stock market, as they should. And you’re starting to see bond markets sell off because again term premiums being put back into them, so I would say when we get into that recession there will be a point when the Fed stops hiking.

There will be a point when it starts to either slow down or even at some point it will reverse those cuts, and  when that happens you’ll probably have a massive rally in a variety of beaten down inflation trades, including crypto.