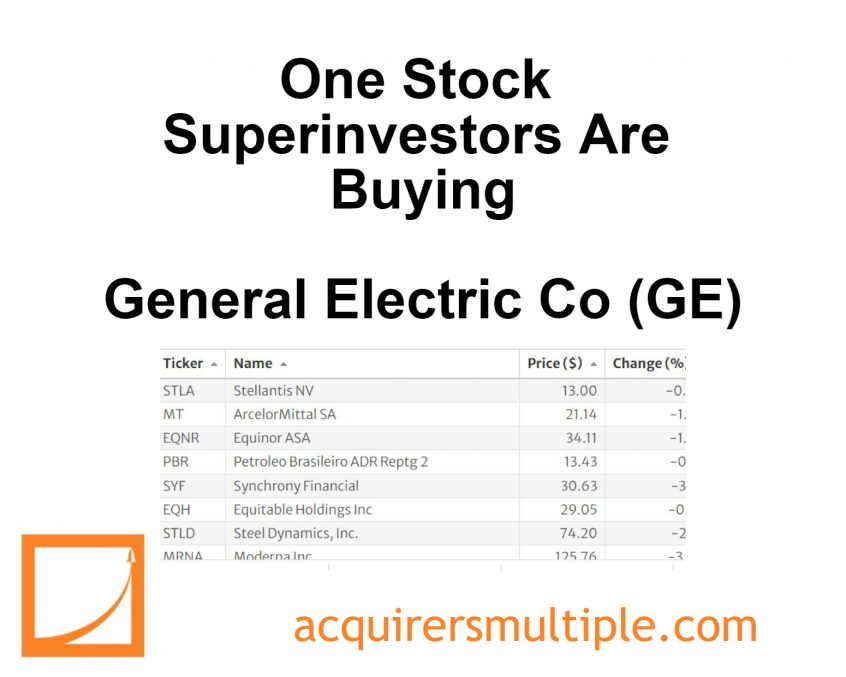 GE was formed through the combination of two companies in 1892, including one with historical ties to American inventor Thomas Edison. Today, GE is a global leader in air travel, precision health, and in the energy transition. The company is known for its differentiated technology and its massive industrial installed base of equipment sprawled throughout the world. That installed base most notably includes aerospace engines, gas and steam turbines, onshore and offshore wind turbines, as well as medical diagnostic and mobile equipment. GE earns most of its profits on the service revenue of that equipment, which is generally higher-margin. The company is led by former Danaher alum Larry Culp who is leading a multi-year turnaround of the storied conglomerate based on Lean principles.

A quick look at the price chart below for the company shows us that the stock is down 34% in the past twelve months. 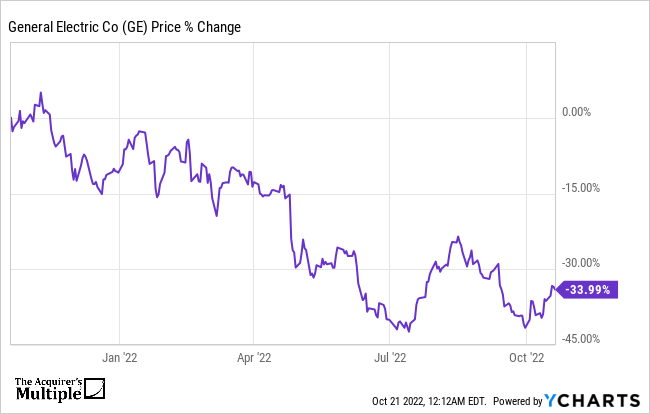