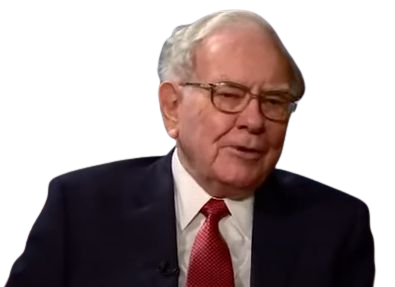 During the 1994 Berkshire Annual Meeting, Warren Buffett explained why you should not make decisions in securities based on what other people think. Here’s an excerpt from the meeting:

WARREN BUFFETT: Yeah, there was an article about a week or so ago in Barron’s. The same fellow wrote an article about four years ago reaching pretty much the same conclusion, and I hope he hasn’t been short in between, but the — (Laughter)

I would say this. It is not the way I would calculate the intrinsic value of Berkshire.

But everyone in securities markets make choices on that. Every day somebody sells a few shares of Berkshire and someone sell — buys — and, you know, they are probably coming to differing opinions about valuation.

I would say that I found it strange that apparently he forgot we were in the insurance business, but that — that’s not — (Applause).

It really doesn’t make any difference. I mean, what — we don’t pay any attention to what people say about Coca-Cola stock or Gillette stock or any of those things.

I mean, on any given day, two million shares of Coca-Cola may trade. That’s a lot of people selling, a lot of people buying. If you talk to one person, you’d hear one thing, and you’d talk to another — you really should not make decisions in securities based on what other people think.

If you’re doing that, you should think about doing something else, because it’s —

A public opinion poll will just — it will not get you rich on Wall Street. So you really want to stick with businesses that you feel you can somehow evaluate yourself.

Anytime I see some article that says, you know, these analysts say this or that about some business, it just — it doesn’t mean anything to us.

You cannot get rich with a weather vane.