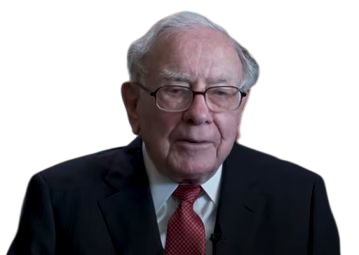 During the 2010 Berkshire Hathaway Annual Meeting, Warren Buffett was asked how to overcome fear when everyone else is scared. Here’s his response:

WARREN BUFFETT: The business of being scared, you know, I don’t know what you do about that. If you’re of that — if you have a temperament that when others are fearful you’re going to get scared yourself, you know, you are not going to make a lot of money in securities over time, in all probability.

And I — you know — all kinds — you know, Ben Graham wrote about it. It’s been explained. But if you can’t get yourself in that mental attitude, you’re going to be scared whenever everybody else is scared.

And to expect somebody else to tell you when to buy and therefore get your courage back up or something, you know, I could get this fellow’s courage up substantially by saying this is a wonderful time to buy, and then a week from now he’d run into somebody else that tells him the world is coming to an end and he’d sell.

I mean, he’s a broker’s friend, but he’s not going to make a lot of money.

CHARLIE MUNGER: Yeah, I think I developed more courage after I learned I could handle hardship. So maybe you should get your feet wet with a little more failure. (Laughter and applause)

No, some people really do not have the — apparently, they don’t have the temperament, or emotional stability, or whatever it may be, to invest in securities. They’d be much better off if there were no quotations at all. And Keynes talked about that some in the past, too.

To take something that should be an asset, a quotation every day, you know, terrific liquidity, nobody says, “How liquid is my farm?” or something of the sort. So they’re not expecting the prices to tell them something about how they’re doing.

But there’s a lot of interest in investing, and people are going to yak about it all the time.