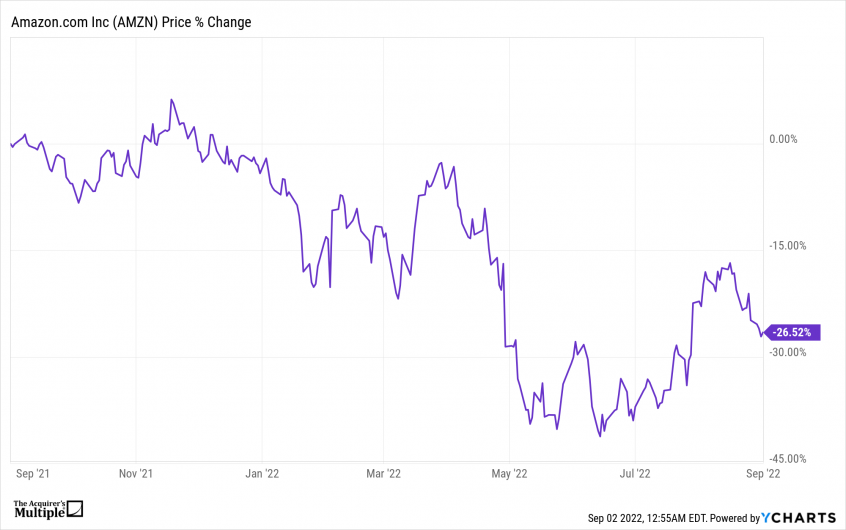 Amazon is a leading online retailer and one of the highest-grossing e-commerce aggregators, with $386 billion in net sales and approximately $578 billion in estimated physical/digital online gross merchandise volume in 2021. Retail-related revenue represents approximately 80% of the total, followed by Amazon Web Services’ cloud computing, storage, database, and other offerings (10%-15%), advertising services (5%), and other. International segments constitute 25%-30% of Amazon’s non-AWS sales, led by Germany, the United Kingdom, and Japan.

A quick look at the price chart below for the company shows us that the stock is down 26.52% in the past twelve months. 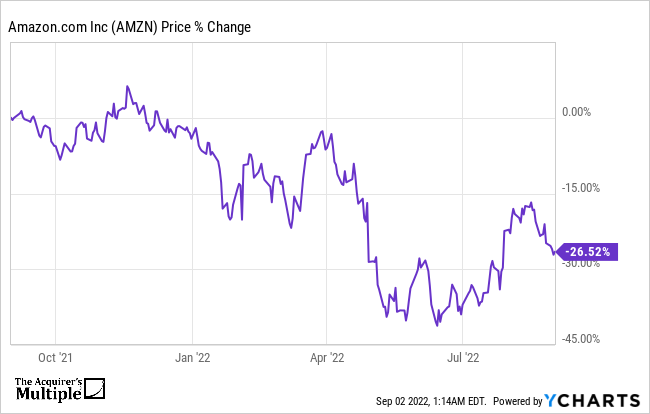