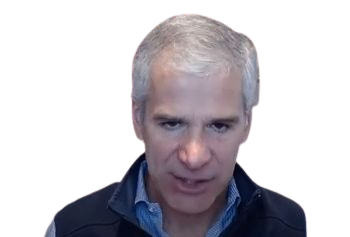 In his recent interview with Motley Fool Money, Michael Mauboussin explains why investors should look for businesses that have ‘option value’. Here’s an excerpt from the interview:

Michael Mauboussin: I think there are two big things to think about, and I’m sure this is what you guys are thinking about when you’re looking at businesses as well. The first is what I would call the basic unit of economics, which is try to get down to the basic unit of how that company makes money.

For Peloton, for example, it would be subscribers, Connected Fitness subscriber cost. How much to acquire that person? How long do they stick around? What do they pay? What are the costs against them?

For Starbucks, it might be a store, a four-wall economics. That’s the first thing, is to really understand that intimately. Now what we know is as companies invest more, it’s often difficult to sustain attractive returns.

You want to understand there might, as you move geographies, whatever, some sort of fate, but that would be the first thing. I really want to get my arms wrapped around that.

The second is how big is the fancy terms total addressable market? How big is the potential market for this? Just to take a step back and say, and again do this with a sober lenses. How big could this potential market be? And try to understand that intelligently. We wrote a piece about this and we argued first a bottom-up analysis. We also looked at historical diffusion models to see how and then using base rates you can triangulate these different techniques to get a sense of it.

Now, that might give you the pond in which to fish for the future rapid growth high return businesses, but it’s hard to know. Then the other thing I’ll just add in there is that we have a chapter about this in Expectations Investing.

There are certain businesses that have option value. An option is the right but not the obligation to do that. If there are market leaders in uncertain markets with smart management teams and access to capital, they may be able to see opportunities as they present themselves and take advantage of them. We wrote about in 2001 and end up being lucky more than pressured, but Amazon.com was a great case in point.

Michael Mauboussin: So at that point, AWS I doubt was even a glimmer in Jeff Bezos’ eye, but AWS of course.

Bill Mann: Yeah, no one would have built that in.

Michael Mauboussin: Right. What we did say, we did say this is a company that is positioned to have options. Ideally, by the way from an investor’s point of view, you want to have that potential for option value without paying for it. We see it in retrospect, but that was an example, if you said it feels a little bit expensive and a little bit rich, the option value would have been one way to think about how to bridge those two points.