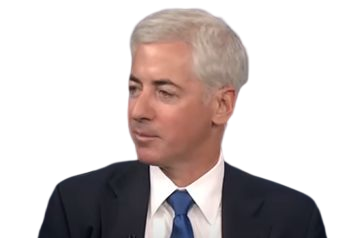 In his recent interview with CNBC, Bill Ackman predicts the Fed will raise rates to 4%, and inflation’s coming off. Here’s an excerpt from the interview:

Ackman: So we own the same companies we’ve owned really beginning of the year, absent a new investment that was very short dated in Netflix. Because we think ultimately if you own great businesses you can ride through it, a challenging time like this.

Our biggest fear was inflation. That’s why I wanted the Fed to raise rates quickly and soon. They’re now doing that.

Host: And you want them to continue?

Ackman: I think they have to. I think what they’ve said they’re going to do they have to do, which is raise rates to something in order of 4%, maybe a little bit more, short rates. Keep them there for a reasonably extended period of time, a year or so, and then hopefully inflation starts to come off.

And, you’re seeing I think some indications that inflation’s coming off.

Host: If we had this conversation twelve months from now what do you think is a realistic sense of what inflation could be in this country?

Host: What’s the number to you?

Host: And where are equities as a result of all this?

Ackman: I think once people realize the Fed doesn’t have to keep increasing rates and will soon be taking rates down, that’s kind of a buy signal for markets. And so the question is how far in advance does the market predict that kind of outcome.

I think if people see inflation come off 8.5 you start to see a pretty powerful continuing trend. Then I think people will expect at some point the Fed to ease. But what they’re not going to do is take rates to 4% and see a good inflation print, then start taking interest rates down again. They’re not going to make that mistake.