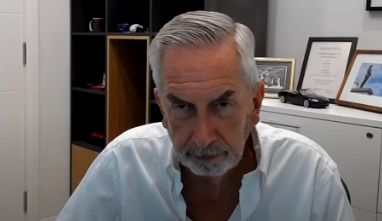 In his recent interview with the Master Investors podcast, Terry Smith explained why we still haven’t reached the ‘capitulation phase’. Here’s an excerpt from the interview:

Smith: I think there’s more to come, it’s just gut feel actually. As you said I’ve been doing this for quite a long time now. And if you look at bear markets of the past and try and figure out some rules to help you survive within them. And I’m talking in general, I’m not talking about companies of the sort that we own, or our portfolio, I’m just talking in general.

I would have said historically it’s most common for two-thirds of the fall to be in the last third of the downturn.

It’s when you get the capitulation phase that the real damage gets done in price terms. You’re nodding so it sounds like you’ve seen that one as well.

My gut tells me that we haven’t seen that phase yet.

Host: I mean it also historically I think it’s fair to say that there hasn’t been a cycle when the Federal Reserve has tried to combat inflation by you know adopting a tighter policy that hasn’t actually ended in a recession. Could be a mild recession. Could be a bad one. We don’t know. And they’re only human and they don’t know either of course.

Smith: Before we blame them, that’s absolutely right. There are a number of rules like that, once inflation gets over 5% it’s never been corrected without a recession. And once it gets over 5% it’s never been corrected without the FED funds rate going above the CPI. Now, those are both movable objects, so we needn’t get too excited, but you could get very excited given that CPI’s 9%.