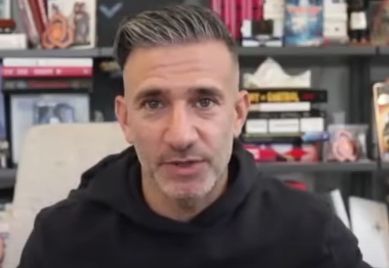 In his latest Q2 2022 Letter, Josh Wolfe discusses REdiscovering the meaning of price. Here’s an excerpt from the letter:

But when everyone follows the same strategy (say, chasing growth), all prices synchronize, underlying diversity breaks down, and there is a crushing convergence as behaviors become similar, amplifying and exacerbating market movements––like a stampeding herd.

Prices should convey information, and information carries inferences of expectations. A price may be an ephemeral equilibrium from equivocal differing views, or perhaps a temporary truce between buyers’ optimism and sellers’ skepticism.

As social scientist Phil Tetlock says, if you don’t get feedback, your confidence grows much faster than your accuracy. This year, lots of people got feedback from plummeting prices. Many will have lost money––and gained experience. The experience ultimately comes from a wave of doubt or disbelief from others. Retail traders lost all the money they made during stimmy-stimulated speculation during the pandemic.

Roughly $1.4 trillion went into companies last year (half private, half public via IPO) which is over triple the last decade’s average. Public markets are down around 20% as of this writing. The IPO market has been shut (but may see a few new listings squeak out this Fall) and invested venture dollars are declining. Public market valuation sentiment has shifted as we pivoted away from growth towards profitability.

This rhymes with Q3 2000, where the shift was from ‘eyeballs’ to alliterative admonishments like ‘path to profitability’ and ‘cash is king’. Now, factors like next year’s EBITDA margin as a proxy for profitability have become a greater factor in valuation multiples while growth has become a smaller factor. Much of what was valued far over historic multiples remains overvalued and may see further drops.

In private markets (which lag public markets), price discovery for some companies is intentionally undesired and unsought (as they suspect they won’t like what they learn and don’t wish to know yet) and for others confidently sought as they will be in high demand and successfully raise at higher valuations.

With public markets down, some LPs in funds may be hit by the denominator effect as roughly $33 billion worth of LP investments changed hands in just the first half of this year. Almost every company (and many people) is fighting some private struggle and is way more vulnerable in reality than it lets anyone else see or sense. Naturally there is a low incentive for a business or a person to be vulnerable and honest as the consequences can often be as negative as the truth.

It is usually a rational risk to bluff to keep up appearances even if it means they end up going ‘over the bluff’, leading to the surprise shutdown and stepdown announcements we have already occasionally seen from companies and people and will likely see more often in the coming quarters. On companies or people down on their luck: the naive may pray; knaves (and predators) may prey; but the brave (and practical) will parley––and constructively help those in need and do it both profitably and as trusted partners.

It’s been said that price is a signal wrapped in an incentive. If a commodity somewhere in the world has a low price (signaling its cost to extract) and there is high price (signaling high demand) in a far-off location, there is an incentive for an entrepreneur to do the work to buy from the former and sell to the latter.

Scientific entrepreneurs and venture investors like ourselves team up to do the same, moving inventions not just through physical space but through time, speculating that a breakthrough not widely known about or valued in the present will be very valuable in the future. The future price of a cancer drug or a mission-critical defense technology may seem high to some but we argue it would be much higher if they never existed at all.

After years of prices outcompeting themselves, we are now seeing a slow but steady rebalancing toward market equilibrium. The REdiscovery of the meaning of pricing will bring the attention of tech investors both private and public away from the latest price record shattered back to where it should be: the fundamentals of of scientific and technological advances, as well as the proper operation of a strong business.