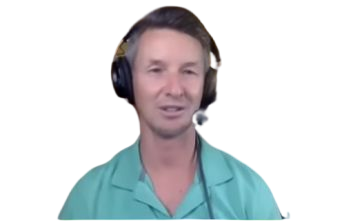 In his recent interview with The Value Perspective, Jake Taylor discusses some examples of how to avoid your blind spots. Here’s an excerpt from the interview:

JT: Let’s jump back into the Google example. What I missed for the next five or six years from 2015 was that I was trying to be a good kind of Bayesian forecaster – you know, what can I expect for Google’s top line? What might I expect for profit margins? What might I expect for share count? So all of that same exercise we talked about earlier – and I was putting a lower growth rate on top line because, when you look at the base rates of big companies, it is really hard to keep growing at such an amazing clip. Like, when you get that big, it is hard to keep putting up 20% annualised growth rates on your top line because you just start to saturate your market – you know, elephants can only get so big and trees can’t grow to the sky.

Well, what I missed was that the base rates for some of these tech companies defy all of the other base rates you would have looked at historically. And that then comes back to our conversation about returns to scale and network effects and some of these other technology-enabled profits that historically have just not been available. So I was using the wrong set of base rates to inform my decision-making – that was a blind spot.

So my mistake came because I was trying to do what I thought was right but I was using the wrong data for my analysis and I therefore ended up being wrong. It was a sin of omission I would pick up later – and I probably would have picked it up sooner had I been a better journaler at that time and been documenting why I was passing. It is possible I would then have discovered the error faster and maybe been able to correct it and not keep making it for five more years – a ‘25% compounded a year’ kind of mistake in opportunity cost!