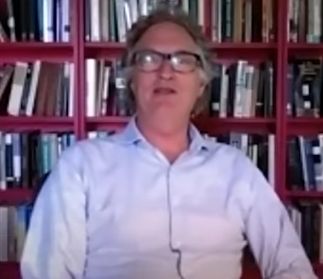 In his recent interview with Meb Faber, Edward Chancellor discusses the history of ‘new’ technology manias and the red flags that investors should be aware of. Here’s an excerpt from the interview:

Edward: Sure. In “Devil Take the Hindmost,” I suppose the one that I liked most was one that had perhaps been least covered in other accounts of manias, and that was the, if you remember the diving engine mania of the 1690s, when there was treasure ships were going out with rather primitive diving gear.  And one of them struck gold off the coast of Massachusetts with a huge return for investors.

I can’t remember, sort of 10,000% return on investment, so you can guess what happened next. Every Tom, Dick, and Harry was making a diving engine promising to salvage Spanish treasure ships, and this was just at the time when the stock exchange was getting going in London in Exchange Alley.

And these new companies were floated there, and some quite respectable characters were involved. Sir Edmund Halley was the astronomer royal, a great scientist, was behind one of them. You get the picture. And then a lot of them were completely dodgy, and needless to say, there were a lot of stockbrokers, or what were then called stockjobbers, who were selling the shares. And that, to me, is the first technology mania and it didn’t last very long, and all the diving engine companies collapsed as far as I know.

One way of seeing a speculative bubble is a misconception of that time period. People think that the distant future is actually just around the corner when in fact it is in the distant future which… and that’s particularly, so as you are probably aware when you get a rush of sort of new technology floatations coming at the same time that’s always from an investment perspective a red flag.