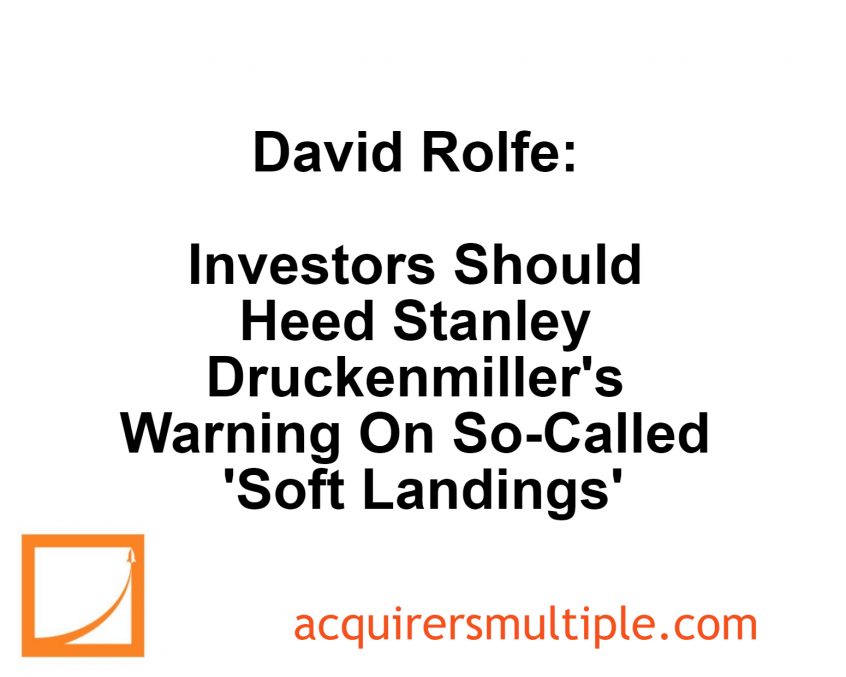 The markets are as skeptical as we are. Would you believe with all the talk of “inflation,” the bond market has already priced in three rate cuts in 2023?! Powell & Co. steer the conversation about their goal of a soft landing, but the market certainly disagrees.

To the market’s disagreement, in the year starting six months from now, the market expects at least three rate cuts – and one more after that. Note that the last three recessions have been accompanied by similar expectations for rate cuts after 6 months. Stan Druckenmiller recently chimed in on the Fed’s new, new policy error:

Fed engineered “soft” economic landings are rare. The U.S. economy has never landed “soft” once inflation rose over 4.5%. Biggest risk to markets right now in my view (& I could be wrong) is that the Fed remains stubbornly on an aggressive rate hike path to 3%+ not for economic reasons but for political reasons because they locked themselves into a false narrative again. Over the last 60 years, every time the U.S. Conference Board Leading Indicator recorded 4+ consecutive negative monthly readings we were already (!) in a recession. The count so far stands at 3. On July 21st, we will likely get a 4th consecutive negative reading.