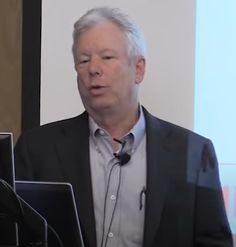 In his recent interview with Morningstar, Richard Thaler says there doesn’t seem to be any evidence to suggest that we learn from past mistakes. Here’s an excerpt from the interview:

Thaler: Yeah. When you’re in a period that seems to be a bubble, you never know when it’s going to end. If you go back to the tech bubble of the late 1990s, many observers, including me, started to say, “Look, these tech stocks are overpriced,” and in 1996 and 1997 and 1998, and of course, the correction didn’t happen until 2000.

And today, we don’t know whether this period is the beginning or the end of the so-called correction. It seems clear that some parts of the market were overvalued, but you can never prove that. And so, these so-called meme stocks seemed transparently ridiculous, but anybody who took the short position lost all their money.

There doesn’t seem to be any evidence that we do learn. Traders tend to be young. It’s a young person’s game—mostly, a young man’s game still, because it’s one field that women have not made big inroads. But it’s a young person’s game, and I talked to my students about the tech bubble. “What was that?” Right? That’s only 20 years ago.

And of course, 1987, when stock markets fell 20% in a single day—nobody knows what I’m talking about. So, I don’t think we learn, and we may not make exactly the same mistake. That’s what I do: I make a different mistake each day, not the same one. (laughs) And so, who knows.