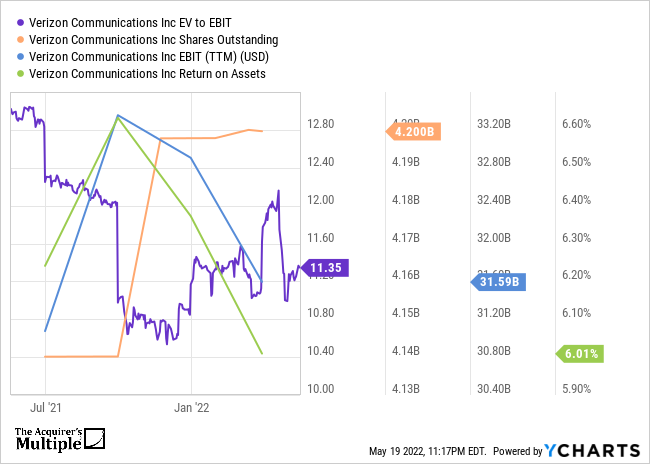 Based on the improved performance metrics, which we recently added to our stock screens, Verizon Communications Inc (VZ) could be a great value stock:

Verizon is primarily a wireless business (nearly 80% of revenue and nearly all operating income). It serves about 93 million postpaid and 24 million prepaid phone customers (following the acquisition of Tracfone) via its nationwide network, making it the largest U.S. wireless carrier. Fixed-line telecom operations include local networks in the Northeast, which reach about 25 million homes and businesses, and nationwide enterprise services.

A quick look at the share price history for the company (below) over the past twelve months shows that the price is down 14.13%. 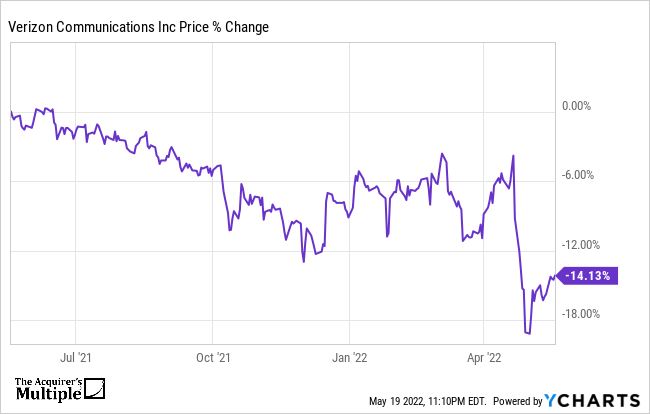 Even though the company has a market cap of $206 Billion and a price of $49.10, here’s why the company could be a great value stock: 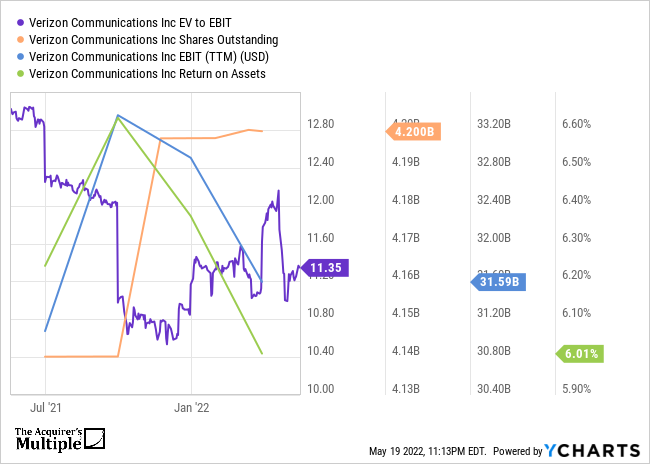 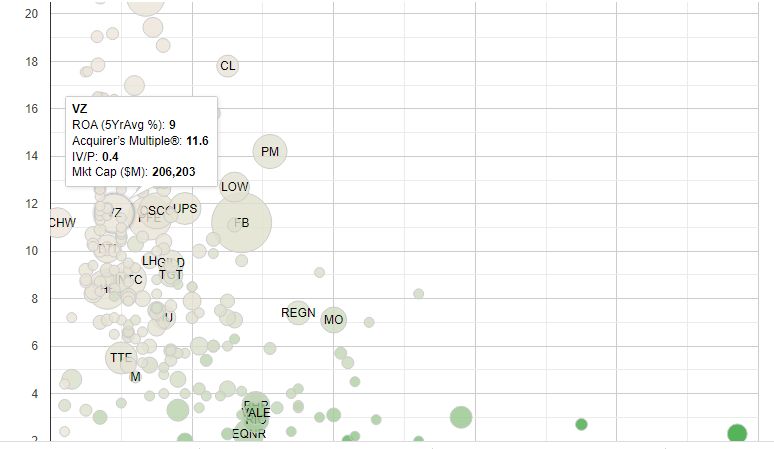