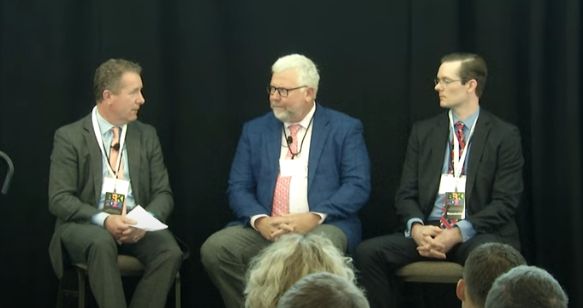 In his recent Berkshire Hathaway Discussion Panel, Chris Bloomstran discusses why you should never doubt Warren Buffett has lost his touch. Here’s an excerpt from the discussion:

Bloomstran: If anybody thinks that the chairman and CEO, at 91 years old has lost his touch, as an example of why he’s still such a great investor.

So I think Oxy overpaid for Anadarko. They wound up having to pay a 15% breakup fee to Chevron. Mr Buffett came in with a 10 billion dollar preferred at 8 percent, which gave Oxy the option to pay either cash or shares on their dividend. You had the pandemic, you wouldn’t have predicted that. Oil traded for a moment on the front end of the first curve before below zero, profitability was down.

So when they started paying those 200 million dollar annual dividends they were paying them in stock and not in cash, but Oxy was very very cheap. And unless you had a constructive case on energy you didn’t know if they were going to make it. They had put 40 billion dollars in debt on the balance sheet.

We made it through. The oil price recovered, and you were getting dividends in stock in the low teens, high teens, low 20s.

Here you are with the stock trading in the high 50s, oil largely recovered. When Berkshire got those dividends they sold the stock, even though the stock was cheap.

Mr Buffett changed his mind, and very few investors understand the importance of changing your mind. His thesis on oil changed at a much much higher price point, and then goes out now and gets seven and a half billion dollars in the common, way above prices at which he could have had shares at a lower price point.

Testament to I think the great investor that he is and has been and will be for hopefully quite a few years to come.