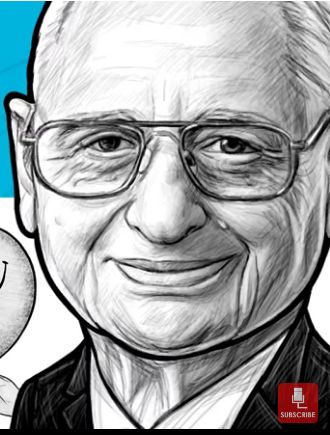 In his recent interview on the Richer, Wiser, Happier Podcast, Arnold Van Den Berg discussions some of the lessons he learned from Ben Graham that are still very valuable today. Here’s an excerpt from the interview:

Van Den Berg: There was a couple of things that I had to learn about that. And one is that at the top of a market, even the sophisticated investors get caught up in the drama, and they bid it up.

And at the bottom of the market, they get negative like everybody else, and so they pay less. But at the top of the market, the average price was 24 and a half times earnings. And at the bottom it was 13 and a half. So once I learned that difference, I moved it down to where the average price was. I used 18 as a private market value instead of the 24, even though… and then I made the adjustments from that, and it worked pretty good.

And Graham taught about the good balance sheets and all the different formulas to make a stock. Well, after the market hit a bottom in ’74, well the companies were buying stocks at 13 and a half times earnings because they have to pay a fair price or they get sued, stocks were selling at five to seven times earnings and 7% dividend yields.

Now, the average stock today sells for 19 times earning. So you can see what the difference was. And the average big cap stock sells for about 21 to 22. Once I made the adjustment… and that was by ’74. So by the time I went through this six year bear market and I studied everything I could get my hands on on Benjamin Graham… and actually, here’s another lesson for any investor. Graham said that the performance of a stock is based on the price you pay for it. In other words, price determines performance.

Well the proof of that is when I started in September of ’74 the market was three months away from a bottom. But I had studied Graham and I knew that five or six times, seven times earnings was as cheap as the market had been since the depression.

So I knew I couldn’t go wrong, but everybody was just as bearish as you can imagine. And I told my wife, “From what you read economically, the world is going to end.” And I said, “The thing that you’ll learn after a while is that the only thing that ends are people. The world keeps going.” So I said, “Either the world’s going to end or we’re going to make a lot of money for our clients.”

And so the first 10 years, I had a tremendous performance. I averaged 20% for the first 10 years in the business. It was 5% better than the S&P. It was good. And I was getting referrals from people who were in the Nifty 50 and the big cap stocks of wonderful companies, which just got decimated.

So the point that I want to make to people is, financial genius is a rising market. In other words, there’s a diminishing return to being educated, having all the knowledge. If you have all the knowledge and all the macro knowledge and you pay too much for a company, you’re going to lose money if you pay too much. So it gets down to understanding the value. And that has been the thing.

And the other thing I learned from that experience, everybody was as bearish you could. Brokers were bearish at the bottom, and everybody you talk to… I’d go to a party and I’d tell them I’m in the investment business. People would treat me like I had bad breath.

They wanted to get away from me because they’d been hurt so much. And actually, in 1979, you had a cover story that said The Death of Equities. And they had a story about how stocks are not going to go. Six months later, it started the biggest bull market in history that just kept going until just recently. So the point I’m making is being in there at the right time and having the basic discipline and having the belief is what…

And my main thing that I always tell people is if you can buy a stock that’s bearish, but you can find out a good reason to buy it, and if the president of the company, if the whole industry… the ultimate thing is to have everybody bearish, have everybody in the industry bearish, and have the stock, the people who run the company bearish.

When you get that kind of thing, it’s like, “Watch out”. You buy them when blood is running in the street. It’s a tough time to get in. Many times you get in early, you get hurt. But if you truly understand what these companies are worth…