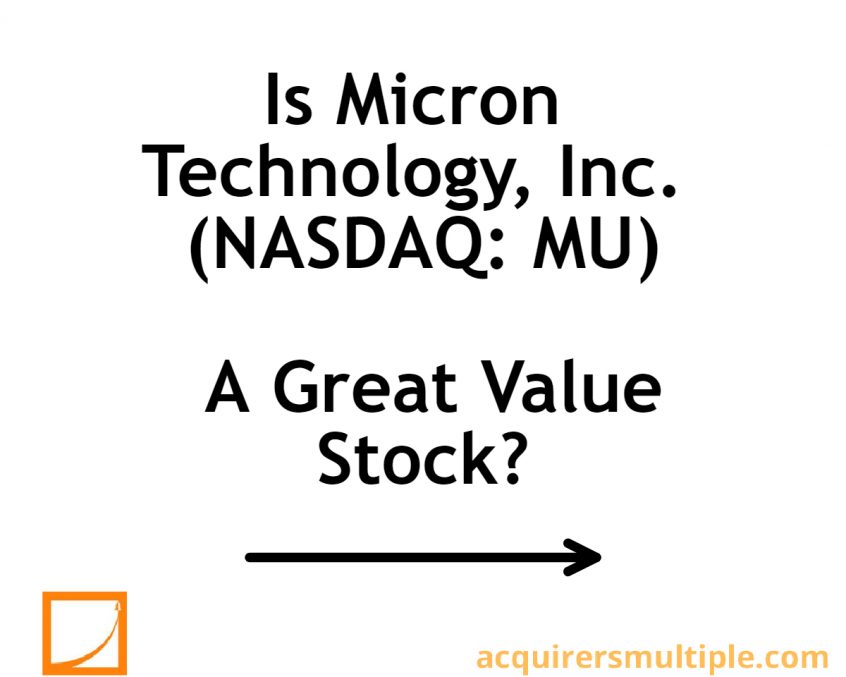 Based on the improved performance metrics, which we recently added to our stock screens, Micron Technology, Inc. (NASDAQ: MU) may be a great value stock:

A quick look at the share price history for the company (below) over the past twelve months shows that the price is down 20%.

Even though the company has a market cap of $78.3 Billion and a price of $70.13, here’s why the company may be a great value stock: 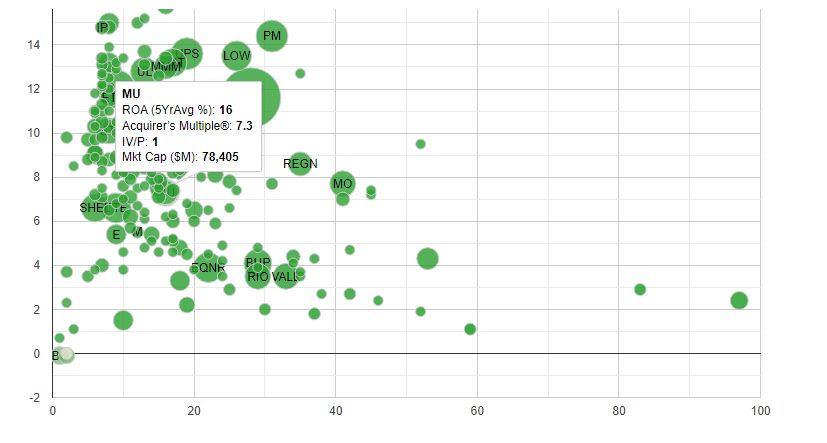