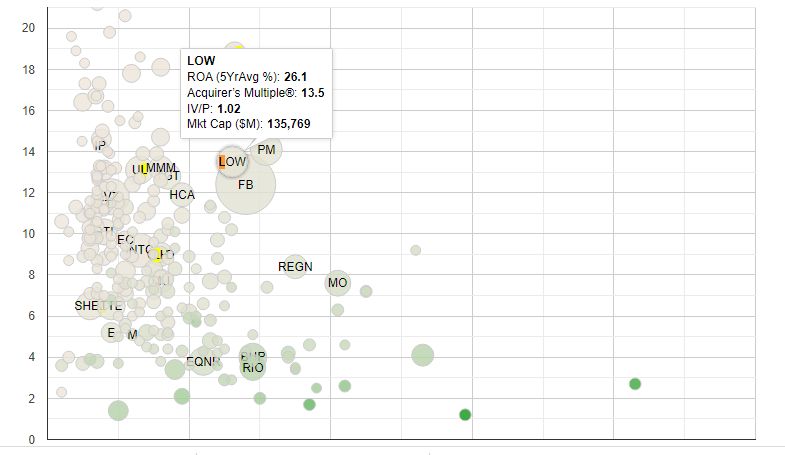 Lowe’s is the second- largest home improvement retailer in the world (behind wide-moat Home Depot), operating 1,971 stores and servicing 230 dealer-owned stores throughout the United States and Canada. The firm’s stores offer products and services for home decorating, maintenance, repair, and remodeling. Lowe’s targets retail do-it-yourself and do-it-for-me customers as well as commercial business clients. We estimate Lowe’s captures a low-double-digit share of the $900 billion domestic home improvement market, based on Lowe’s estimate for market size.

A quick look at the share price history for the company (below) over the past twelve months shows that the price is up 3.60%.