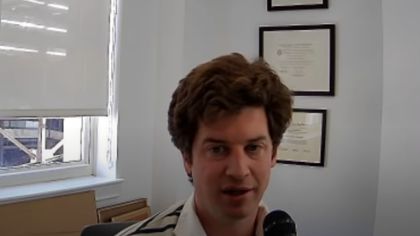 In his latest interview on The Millennial Podcast, Dan Rasmussen discusses investing lessons he learned from working with Ray Dalio at Bridgewater. Here’s an excerpt from the interview:

Question: Now, Dan, we bring a lot of different types of investors on the show and many of them follow something similar to the Warren Buffett school of thought. That approach includes pretty much avoiding anything macro as the belief is that there are just too many moving pieces and it’s very difficult to predict what could happen in various scenarios.

However, you’re not really in that school of thought. You started your investment career interning at Bridgewater Associates, which is the largest hedge fund in the world founded by Ray Dalio. Could you talk a little bit about Dalio’s impact on you and your development as an investor?

Rasmussen: Absolutely. I studied history and literature in college. I actually wrote a book about a slave revolt in New Orleans. So my first introduction to business and investing and having any job at all was actually interning at Bridgewater my summer of my junior year, and it had a huge influence on me.

I’d say first it showed me that investing, they used to say investing is the intellectual Olympics, right? You’ve got all of these really smart people trying to compete to generate alpha and it’s really hard and it’s really scarce. But ultimately it’s this competition, who has the best ideas. That had a big influence on me.

And I think that the next thing that had a big influence me was the general framework through which Bridgewater seemed to approach investing, which was to say investment strategies should be logical, they should follow a logic, and they should back test well. You should be able to prove that they work empirically.

So there’s a burden of proof, if someone says, hey, gee, stocks do well when interest rates go down, you don’t just say, okay, great interest rates are going down, so stocks should go up, right? You say, well, gee, let’s pull all the data, take a look at that. Is that true over all of time or just recently, or what about in other markets?

And that really turned me on to this idea, which led me down the path eventually to quantitative or quantimental investing, of taking a look at the data and seeing what the data says as opposed to relying on stories or memes or theories.

I think if you compare and contrast that approach with Buffett’s approach, Buffett is not necessarily back testing his strategies or using a lot of quantitative tools. He has a simple formula however that has worked for him for a long time. And I think there are a lot of quants that have tried to diagnose what that formula is and replicate it. But I think at its heart, it’s started out doing deep value and then transition into doing large, high quality value. And I think that’s the story of Buffett.