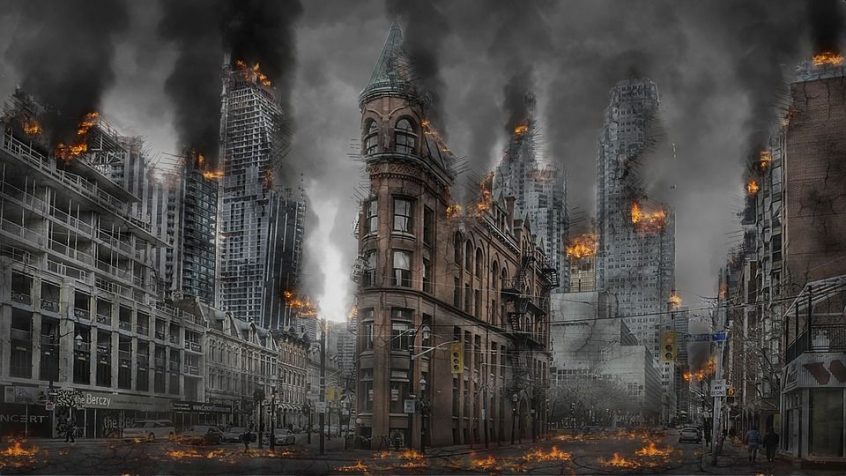 In his latest Q1 2022 Market Commentary, Bill Nygren lists 35 major global events that could have significantly impacted markets, but only proved that buy and hold is the best strategy for long term results. Here’s an excerpt from the commentary:

Here is an update to the list I used in 2016 of troubling events we’ve been through since we started the Oakmark Fund in 1991. We’ve experienced the following, roughly by year:

That’s an intimidating list. In 2016, I wrote that despite all that went wrong in the world, an investor who bought the S&P 500 in 1991 and held their position through 2016 would have accumulated more than nine times their initial capital. And that return is despite experiencing eight corrections and three bear markets. (Corrections are defined as a drop of at least 10% in the S&P 500, a level reached in the past quarter; and bear markets are declines of over 20%.)

Though it is tempting to use world events to try to profitably move in and out of the market, it’s hard to improve on that buy-and-hold record by picking the right periods to sit out. Likewise, during those 25 years, the Oakmark Fund had periods of both good and bad returns relative to the S&P 500, but an investor who bought at the beginning in 1991 and held through 2016 ended with more than 19 times their starting capital.

Those 25 years included many frustrating times when fundamental value investing was out of favor, but the 25-year return of over twice the S&P 500 would have been difficult to improve on by trying to guess when our investment style was going to be in favor.

Updating those numbers through the end of March 2022 shows that over the past six years the S&P 500 investor more than doubled their capital, going from nine times to more than 20 times the original value.

That return was despite experiencing four corrections and two bear markets. And even though the Oakmark Fund hasn’t quite kept pace with the S&P 500 since 2016, our investors have grown their capital from 19 times to nearly 40 times the original value, roughly double the return of the S&P 500.

When confronted with global uncertainty, it can be difficult to imagine what the next year or even the next month will bring, and that can be scary. But at Oakmark, we are anchored by an investment philosophy that exploits deviations between current prices and long-term values.

We only own stocks that are selling at unusually large discounts to what we believe those businesses will be worth roughly seven years from now. The events investors worry about might lead to significant reductions in current earnings, but that is usually transitory.

It is rare for such issues to cause meaningful reductions in estimates of long-term business value. That is why in periods of high volatility, as occurred this past quarter, we see opportunity and often make more portfolio changes than usual.