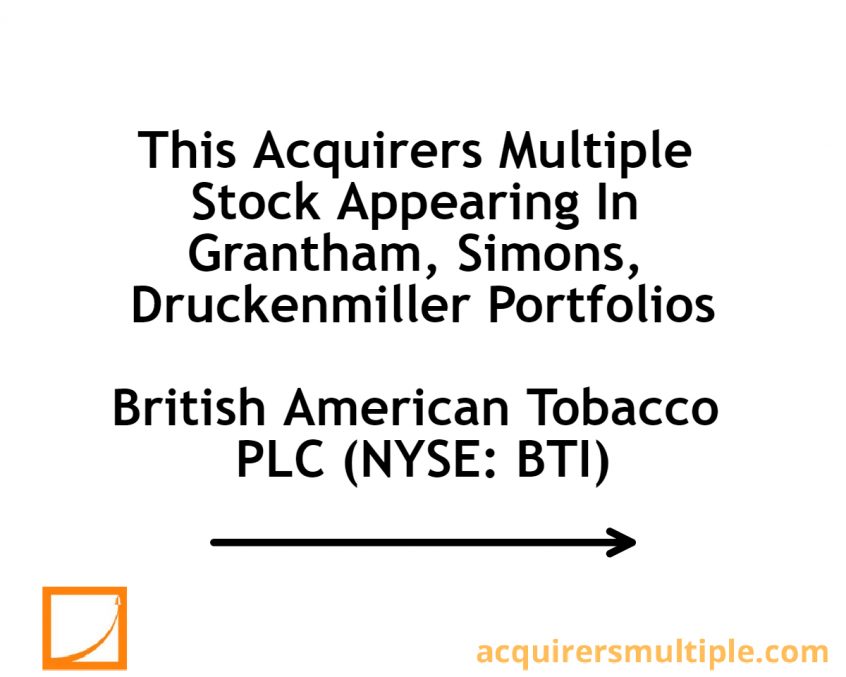 Following the acquisition of Reynolds American, British American Tobacco is neck-and-neck with Philip Morris International to be the largest listed global tobacco company–slightly larger than PMI on net revenue, but slightly smaller on volumes. British American’s Global Drive Brands are Dunhill, Kent, Pall Mall, Lucky Strike, and Rothmans, and it also owns Newport and Camel in the U.S. The firm also sells vapor e-cigarettes, including its Vype brand, heated tobacco, with Glo, as well as roll- your-own and smokeless tobacco products. The company holds 31% of ITC Limited, the leading Indian cigarette-maker.

A quick look at the price chart below shows us that the stock is up 23% in the past twelve months. We currently have the stock trading on an Acquirer’s Multiple of 10.10, which means that it remains undervalued.