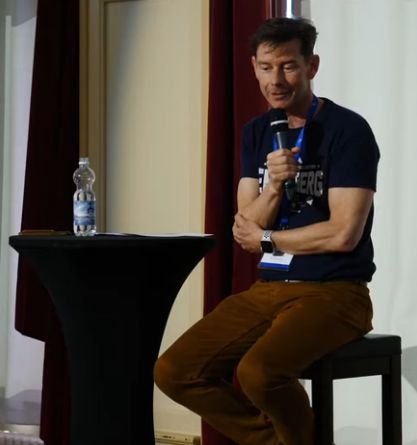 In his recent Q&A session, Rob Vinall of RV Capital discusses his sell strategy and mistakes he’s made in selling winners when they become overvalued. Here’s an excerpt from the session:

Vinall: So the question is on sort of when to sell.

I really think the best sell decisions I’ve made over the last 15 odd years or so are the ones where I thought there was a fundamental problem with the company and where I had to hold my hand up and say listen I misjudged this company in terms of its competitive advantage, the motivation of the management, the size of the opportunity, whatever it was but where I felt I’d sort of misjudged that and sold. That was genuinely a really good decision.

To pick an example I was… shortly after I invested in Google, and this was around 2011/2012, I invested in Baidu, which is the sort of Chinese search engine, and one of the things I sort of realized after owning Baidu for a few years was that the search quality was very poor and they were effectively mixing ads with organic search results.

So instead of showing people the best results they were showing effectively an ad. That’s something which destroys customer trust. That was a reason I sold the company and I’ve certainly never regretted that since and I think it was a good decision.

At the other end of the extreme there’s been cases of companies which I thought were doing everything right. It was playing out exactly as I thought, but at the time it felt like the share price had gone up so much that it was no longer good value. And whenever I sold under those circumstances what generally happened was the business did way better than I expected and I really regretted selling it afterwards. There’s been several of those.

So for me the biggest takeaway is the best time to sell a company is if the company isn’t on track, and with valuation, the kind of the short-term multiples of earnings and those kind of things, to be quite careful if that’s the only reason to sell something.

You can watch the entire Q&A session here: