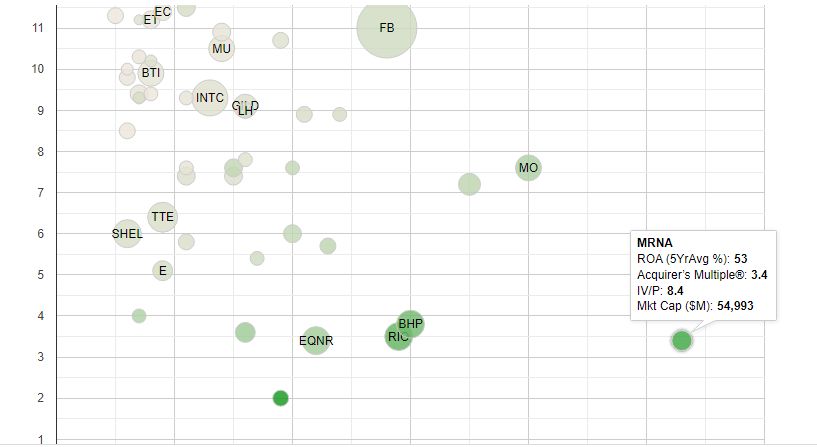 Moderna is a commercial-stage biotech that was founded in 2010 and had its initial public offering in December 2018. The firm’s mRNA technology was rapidly validated with its COVID-19 vaccine, which was authorized in the United States in December 2020. Moderna had 44 mRNA development programs as of early 2022, with 25 of these in clinical trials. Programs span a wide range of therapeutic areas, including infectious disease, oncology, cardiovascular disease, and rare genetic diseases.

A quick look at the share price history for the company (below) over the past twelve months shows that the price is up 3%.

Even though the company has a market cap of $55 Billion and a price of $136.46, here’s why the company may be a value stock: