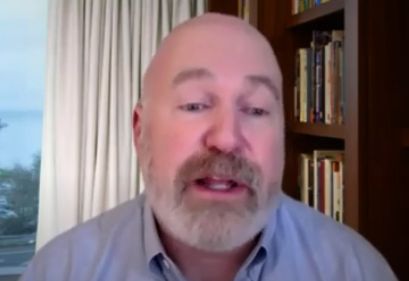 In his latest interview on the Family Investment and Impact Series, Cliff Asness explains how his early life made him focus on ‘Moneyball’ type stocks. Here’s an excerpt from the interview:

I think intuitive. I think we did have those experiences, and this came later in life. I was not this smart early on, but one of the findings of the Billy Beane type stuff is the players that looked like they were from central casting, not that they were bad, but were overvalued… overvalue doesn’t make you bad, just like a company that perhaps is overvalued in its price.

We don’t say that’s a bad company, it could be a very good company, but it’s selling for too much money. So that was actually in the movie and is in the book where players who just didn’t look like they were from central casting for whatever reason that I would leave unsaid because I don’t look like I’m from central casting for a baseball player, but were generally undervalued.

And the same… there are companies out there that are doing lousy, and are in a shrinking market, and do boring stuff and that’s all negative, but if the price is reflecting two times that negative in terms of pessimism… they’re just cash flows, it’s a good buy.