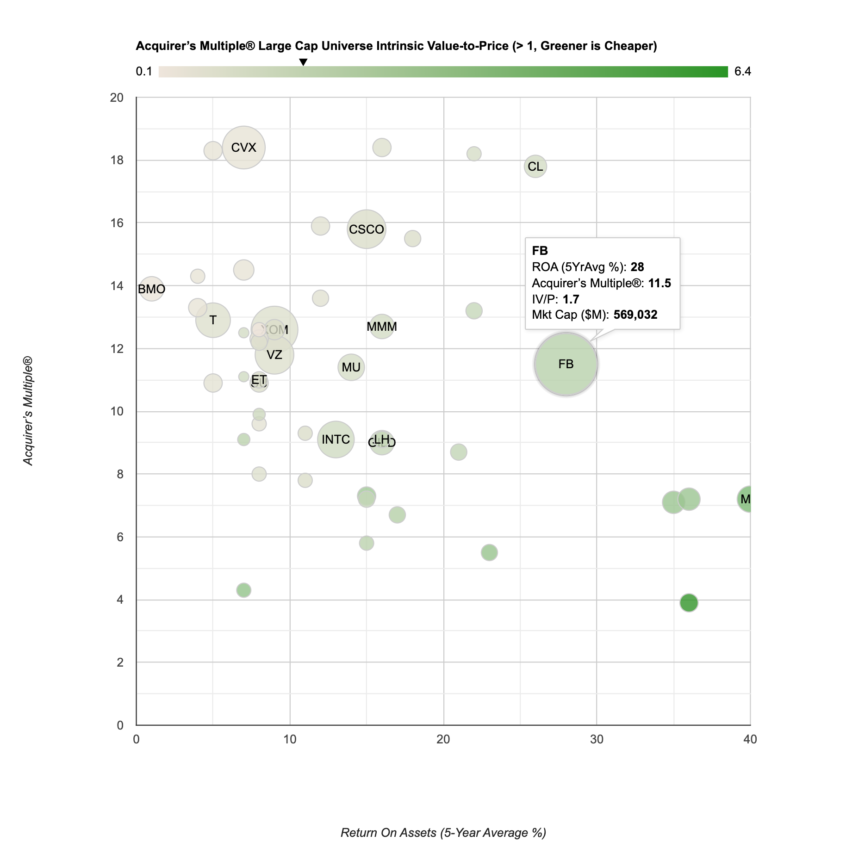 We’ve updated the look and functionality of the screeners.

These are the material changes to functionality:

We’re also changing the look of the screeners to include some additional charts, downloadable tables, and four (4) additional metrics:

Finally, we’re adding bubble charts like the one above to each screen showing the Acquirers Multiple on one axis and ROA on another. Bigger bubbles are bigger stocks with bigger market caps, and vice versa. The bubble chart is color-coded–green indicates a higher-than-average IV/P and better value, red indicates a lower-than-average IV/P and worse value. Hovering over a bubble shows the details of each stock.

The four additional columns (ROA, Incremental Growth, E(r) and IV/P) give us some additional flexibility with the screeners. The screens can be used to find different investment ideas based on different investment styles. Rank on Acquirers Multiple, FCF Yield, IV/P (Implied Value / Price), Expected Return, Incremental Growth, Shareholder Yield, Buyback Yield, Dividend Yield, ROA (Return on Assets),
Here’s how they work:
As always, we exclude from the universe companies with the worst Beneish, Piotroski and Altman scores, and the most heavily shorted stocks.
Let us know what you think!

13 Comments on “Updates to the Screeners”